The tragedy of Romeo and Juliet 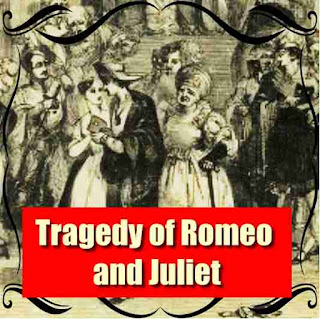 The date of the play is placed by all the critics some years earlier than the publication of the first quarto. They generally agree that it was probably begun as early as 1591, though it may not have assumed its final form until 1596 or 1597.
Romeo is alluded to as a popular character of Shakespeare's by Weever in an epigram, written probably before 1595. The title page of the first quarto tells us in 1597 that the play had been "often plaid publicly;" and from the additional statement that " Lord Hunsdon's servants " were the performers, Malone shows that it must have been acted between July 1596, and April 1597.
The Lord Chamberlain, Henry Lord Hunsdon, died July 22, 1596; his son, George Lord Hunsdon, was appointed Chamberlain in April 1597. It was only in the interval between these dates that the company would have been called " Lord Hunsdon's servants " instead of the more honourable designation of " the Lord Chamberlain's servants."
This, however, does not prove that the play was then first brought out; and Weever's epigram proves that it had been put on the stage at least a year earlier.
The first quarto is much shorter than the second, the former having only 2232 lines, including the prologue, while the latter has 3007 lines (Daniel). Some editors (among whom are Knight and Verplanck) believe that the first quarto gives the author's first draught of the play, and the second the form it assumed after he had revised and enlarged it; but the majority of the best critics (including Collier, White, the Cambridge editors, Mommsen, Furness, Daniel, Dowden, and Stokes) agree substantially in the opinion that the first quarto was a pirated edition and represents in an abbreviated and imperfect form the play subsequently printed in full in the second.
The former was made up partly from copies of portions of the original play, partly from recollection and from notes taken during the performance;" the latter was from an authentic copy, and a careful comparison of the text with the earlier one shows that in the meantime the play "underwent revision, received some slight augmentation, and in some few places must have been entirely rewritten.