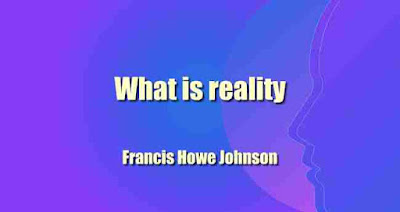 An inquiry as to the reasonableness of natural religion, and the naturalness of revealed religion

Throughout the following pages it has been the aim of the author to indicate faithfully, either in the text or in footnotes, the various sources whence he has derived assistance. It is, however, a privilege to make additional and special mention of three writers.
To Herman Lotze, to J. B. Stallo, and to Andrew Seth the author is particularly indebted for guidance at difficult stages of the argument. The title of the book was chosen because it sets forth in the simplest form of words the subject of the discussion. It is often said and very generally believed, that science and religion derive their authority from to- tally distinct sources; that faith begins where science leaves off; that science deals with facts that can be proved, while religion is the outcome of conceptions that have no verifiable attachments in reality. It is the object of this book to show that the premises of religion are as real as any part of man's knowledge; and that the methods by which its vital truths are deduced from these premises are no less legitimate than those employed by science.

CHAPTER I.
INTRODUCTORY.
Reality: the agreement of thought with that which is external to thought ....... 2 We know things as groups of events .... 3 Definite, persistent groups of events attest to reality . . 4 A thing is judged to be real when it fulfils all the promises it makes to us. , . . , . . 5 Limits of reality the great question of the day . . 6 Our conception of spirit as spirit; reality or illusion ? . 7 Science ready to prove its positions: old beliefs challenged to defend theirs 10 Feeling not a substitute for reason H Reason, once developed, insists that all beliefs be made agreeable to it . .12 Appeal to revelation inadequate, for it assumes that spiritual reality which science questions .... 14 Our spiritual beliefs in need of readjustment, but capable of verification 15 Concurrence with nature demanded as proof of hypothetical realities 16 Faith, founded on reason, claims now a wider range than ever 18 Verification the result of an endless cross-examination of experience. Equally applicable objectively and subjectively 21 Illusion rooted in reality 24 The belief in personal identity has been developed like other data of consciousness ...••• ^" The same true of the conviction of mental efficiency. 27
CHAPTER II.
THE ANSWER OR SUBJECTIVE ANALYSIS.
Four fundamental propositions of common realism. 29 But reason urges to logical consistency, and these appear mutually inconsistent ....... 30 Impassable chasm between consciousness and externality 31 Physical causation seems to coerce mental causation into non-existence ........ 32 Kant's development of this antithesis .... 33 Attempted explanation of it by the distinction between phenomena and the thing-in-itself .... 33 More successful destructively than constructively . . 35 But a great stimulus to system-building .... 36 Hegel and Fichte assume that everything may be deduced from the ego, or the idea ...... 41 Fichte, content with this, lets externality go, except as an aspect of the ego ....... 42 Hegel attempts to carry over the idea into nature, but illusively ......... 42 Hegel has a better sense of the problem, Fichte of the limitations of the method 45 The answer of subjective analysis not satisfactory . . 48
CHAPTER III.
THE ANSWER OF OBJECTIVE ANALYSIS.
Physical realism, appealing constantly to common sense, seems to be always in agreement with it . . .60 It claims the indorsement of modern science ... 51 Herbert Spencer the great English representative of physical realism 61 Like Fichte, assumes that one principle must explain all reality 52  Unlike him, assumes this to be, not the ego, but the " persistence of force " fi3 Denies, therefore, mental, as distinct from physical causation ..,.,..,, 55 Bain's statement of the case 57 Herbert Spencer allows mind only as the inner face of physical reality ........ 58 This theory rules out not only free will but purposive action .......... 61 His scheme for the scientific reconstruction of common realism ......... €4 His use, and misuse, of the distinction between impressions and ideas 65 Subjective and objective presentations show the same contrast between vivid and faint 67 Distinctness, priority, and simplicity, equally applicable on either side ....... 70-74 The answer of objective analysis excludes one half of reality 77
the book details : Download 10 MB