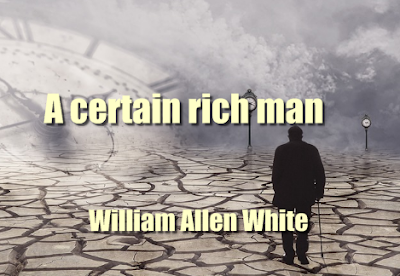 The main character is John Barclay, a young Kansas man who become extremely wealthy in the years following the Civil War.
His wealth is built on some shady deals at the beginning of his career, and he continued to cheat as his power and influence grew.
Barclay's actions caused serious harm and death to some people closest to him, and he finally has to face what he has done.
William Allen White was an American newspaper editor, politician, author, and leader of the Progressive movement. Between 1896 and his death, White became a spokesman for middle America.
Download