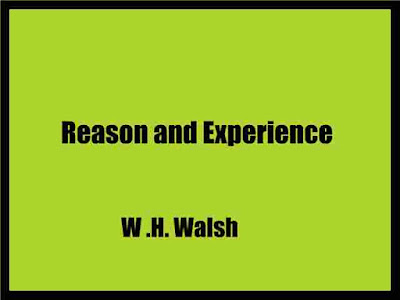 The work which follows can be taken, at the discretion of the reader, either as an introduction to the theory of knowledge in general or as a discussion of some leading features of the type of epistemological theory advocated by Kant. It answers in some way to both descriptions.
It is a Kantian study in so far as it arose out of a detailed examination of the Critique of Pure Reason, originally undertaken with a view to the production of a more technical work than this, and in so far as the problems, Kant raised (and to a great extent, too, the solutions he offered of them) determine the general shape of the book. But it aims at being something more than a Kantian commentary in the narrow sense.
I have tried to occupy myself not only with questions of interpretation, but also with questions of truth; and to that end have attempted to see the problems I examine against the background of the general development of modern philosophy, and on occasion even of that of ancient philosophy too. As a result, I have been led in places into an extensive discussion of the views of both the predecessors and the successors of Kant, in particular those of Hume and Hegel.
My excuse for casting my net so wide (a procedure which I hope will not meet with universal condemnation) is that I do not see that any discussion of the problems of knowledge, whatever the level of sophistication on which it proceeds, can avoid consideration of the types of view represented by these three writers. Certainly, those questions which I myself find most difficult in the subject the problems of the origin and status of a priori concepts, and of the comparative value of alternative sets of such concepts spring directly from the topics with which Hume, Kant, and Hegel are mainly concerned.
I have tried throughout to write in a simple way, which will be (or ought to be) intelligible even to elementary students. But I must emphasize, for the sake of the unwary, that my book, though designed to throw light on a number of leading philosophical texts, should in no way be regarded as a substitute for them. I do not profess to summarize arguments and theories except for the purpose in hand; and I sh6uld certainly not claim to have expounded even Kant's theories in detail (for instance, I say virtually nothing of his views of space and time).
in the production of the book. My first, and, in some ways, greatest, the obligation is to Professor H. H. Price, who not only encouraged me to write, but commented at most generous length on what I wrote, enabling me to remove many imperfections both of argument and language, and pointing out others which I have not been able to remove. Mr G. R. G. Mure, now Warden of Merton, who was my original tutor in philosophy, also read the book in typescript; and I have made changes to meet his criticisms, too, though not (I fear) such extensive changes as he would have liked.
I find it the more difficult to acknowledge my debt to Mr Mure because his thinking has affected mine at every stage of my philosophical development; I can only say that I count myself fortunate to have been the pupil of one whose conception of philosophy was at once so comprehensive and so exacting.
I am also under a general obligation to Professor H. J. Paton, who, though not directly associated with the present book, has taken a continuous interest in my Kantian studies, and from whose writings on Kant I have learnt a very great deal; and to my friend Mr H. W. Cassirer, now of the University of Glasgow, with whom I have discussed many of the problems of the theory of knowledge, always with profit to myself. I must acknowledge with thanks the permission of the Editors of Mind and Philosophy to reproduce the argument and, in places, the actual wording of papers of mine which have appeared in those periodicals.
Lastly, I have to record my gratitude for help of a different nature: to the Warden and Fellows of Merton College, Oxford, who by electing me to a research fellowship gave me the opportunity not only to learn something about my subject but also to enjoy the benefits in the way of a liberal education which membership of such a society involves; and to my wife, who, besides giving me much general encouragement, bore more or less patiently with the distressing fact that writing a philosophical work does not necessarily conduce to the display of a temper which is philosophical in the accepted sense of the word. For what it is worth, I should like to dedicate the book to her*