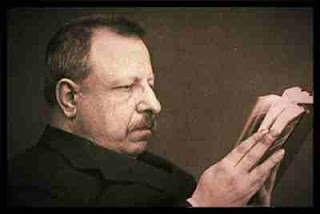 When, about a year ago, I undertook to write this little book for its present publishers, all that I had in my mind was a brief exposition of the solutions given by Croce to a number of philosophical problems of vital interest to the students of what was once called the Moral Sciences.
I thought at the time that it would be possible to abstract such solutions and problems from the body of his Philosophy of Mind, which is a coherent and austere theory of knowledge of a kind that in the modern decadence of philosophical studies and of general culture is rapidly becoming unintelligible even to the most highly cultivated.
I hoped that the specialized reader, for whom the larger aspects of Croce's thought have no appeal, and therefore no meaning, would be able to apply those particular solutions to the problems that confronted him in his particular branch of studies, by translating them into terms of his own native philosophy.
This plan had also a personal advantage, inasmuch as it did not compel me to a conscious revision of my own position in regard to those larger aspects of Croce's philosophy. But as soon as I began to think consistently of this book, the history of my own iv Preface reactions to Croce's work came back to me so vividly that I found it impossible to set it aside; and I dis- covered that this supposed advantage was a delusion, towards which I had probably been drawn by a very human, very natural desire of avoiding the most obvious difficulties of my task.
As a young man, in my student days in Italy, I was a fervid and enthusiastic follower of Croce's ideas: one of the many who used to swear, as we were wont to say, in verba Cruris. To the generation who opened the eyes of their intellect in the dawn of the century, he had revealed what seemed to be the only safe path between the two precipices of pseudo-scientific materialism on one hand, and of mysticism on the other, which in all its many forms (traditionalism, modernism, pragmatism, intuitionism, aestheticism, super-humanism, futurism) could not be anything less than an abdication of thought for the sake of the emotions. And it should not be wondered at, if Croce's books, appearing at short intervals between 1900 and 1910, and building up what presented itself to us as a complete system of answers to all, or practically all, our most pressing spiritual questions, were received by us with deep gratitude but with very little constructive criticism.
They covered such an enormous space on the map of European culture, that even for the most ambitious among us, they were very often the first introduction to entirely new fields of studies, and all we could do was to follow our guide in his voyages of rediscovery: to repeat within ourselves the strenuous experience of which each of those books was a report and a testimony. Impatience with a master who was not of the kind we had been accustomed to, who could not be easily digested, surpassed and disposed of, but had as much energy and courage, as light a step and as curious a mind, as the most gifted among his pupils, prompted a good deal of immature and capricious criticism, which was but a means for an arbitrary liberation.
It was an amusing sight to see Croce assailed and, to the satisfaction of his critics, de- stroyed, with weapons that nobody could have pro-vided but Croce himself, and a dwarf victoriously brandishing against the giant a toothpick for a sword. But there is no epic of thought without such comic interludes. My own faith in Croce was not shaken until inter-course with one of the greatest critical minds of our day, and the representative of a totally different philosophical tradition, a mathematician and a philosopher showed me the weakness of the foundations not of Croce's, but of my own idealism.
And a long residence in England, where I became intimately acquainted with certain logical habits utterly unlike our Latin ways of thought, made me profoundly sceptical of the intellectual advantages of whatever dogmatism might have been in me. Yet I continued for a long time to keep as it were in separate compartments those that had seemed to me to be established truths in Croce's system, and speculations of a quite different order on problems which were forced upon me by my own experience of life and by contact with a new moral and cultural environment.
All this was In the happy days of peace. The war from its very beginning appeared to me, then living in one of the most purely intellectual centres of Europe, at one of the oldest Universities of England, as the catastrophe of our whole intellectual life. From the trials of the war, I emerged with infinitely less faith in the value of our intellectual possessions than I ever had had before, and at the same time with the firm conviction that intelligence, more intelligence, a deeper, purer, more active, charitable, courageous and pervasive intelligence, is our only hope for the future.
publication date: 1922
Download 7.3     MB