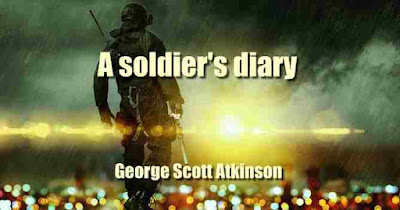 Review by protobadger
This diary kept my interest, I don't even know anything about WWI in particular, but it still kept my interest, because it's written in a way that really makes you want to keep reading. It's very easy to read and is very interesting, you don't just get tired of reading it after five minutes. Another upside is that it's easy to note where you were in the book and you can start reading from anywhere in the book at any time and still enjoy it.
This is a fabulous book, and I highly suggest it for anyone looking for some lazy leisure reading who's read up or knows about WWI. And even if you haven't, you might want to give it a good look anyway.
From the preface:
Lord Robert Cecil has said that he is amazed at the false picture of war given by the history books and that he trusts that the historians of the future will give us a better picture of what war really is than have historians of the past.
I doubt if they will. They are concerned with the statesmen who direct and the generals who control, rather than with the soldier who fights, they have neither time nor space to concern themselves with the things that mattered to the men in the ranks. We can only get the things that matter, the misery, suffering, and endurance, the filth, the horror, the desolation, which are a part and the greater part even of the most triumphant progress in modern war, from the men who have experienced them.
The reason for the publication of this diary is given by the author in his entry for October 6. " The only way to stop the war is to tell these facts in the school history books and cut out the rot about the gallant charges, the victorious returns, and the blushing damsels who scatter roses under the conquering heroes' feet.
Every soldier knows that the re-writing of the history books would stop war more effectively than the most elaborately covenanted league which tired politico-legal minds can conceive." Again, in the last entry of all, written after the author has been watching the Swedish Royal Troops changing guard at the Palace: " Is there no one with the courage to tell them that war is not like this, that there will cornea day without music, and no admiring eyes, but when 'the lice are in their hair and the scabs are on their tongue'?

Surely our years of sacrifice were vain if the most highly educated people in Europe remain in ignorance of the real nature of war and are open scoffers at the League of Nations." These are not the words of a conscientious objector, nor of a neurasthenic, introspective man. They are written by a keen, healthy-minded, sport-loving, young Englishman, who passed through the war at the front, did his duty nobly, and behaved with great gallantry.
He describes in vivid, clear language, just what he saw, he does not cover up the horrors with fine phrases but just sets t.hem down in their place alongside the stories of devotion and sacrifice, which make up the high lights in the picture. It is remarkable that this story, which even today makes one shiver, is not an account of the grim struggle for the defence of Ypres, of the grimmer fight through the mud to Passchendaele, nor of the great