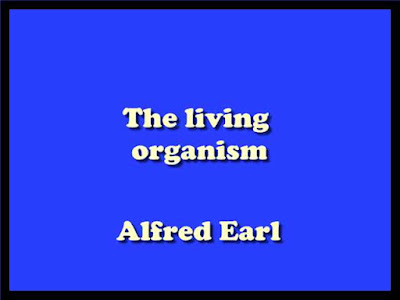 An introduction to the problems of biology

From introduction:
Among the many branches of that organised pursuit of knowledge which has attained in this age its most marked development, there is none which has so profoundly influenced current thought as Biology. The conceptions derived from biological research have proved not only an intellectual gain of remarkable value in their proper sphere; but they have had, so dominant are they in character, far-reaching results in other directions.
The great tide of new ideas has been too strong to be contained within its own channel. The neighbouring fields of philosophy have been affected. The human outlook on Nature has been changed. But just as new ideas colour those which have been previously acquired, so does the loss of a single conception involve the disturbance of many.
And, therefore, if Biology is to be a subject of education as well as research, there are urgent reasons why all that aid in its progress should help to make its foundations stronger, more self-contained, and steadier.
Without dwelling on this point, it may at least be observed that inaccurate conclusions and un- sound speculation have more serious issues in the case of Biology than in any other of the Natural Sciences. Security against these results must come about through care in the instruction of rudiments. As far as the intellectual difficulties of the rudiments will permit, a change in the prevalent attitude of the student towards them seems desirable. Too much is taken for granted.
The problems and generalisations of the science of living objects are regarded too complacently by the beginner. He is too easily contented with description and narrative, and it may be mentioned that practical work in the laboratory is often little more than an aid in remembering description. That which is a mere statement or a collection of terms in a textbook does not become a course of reasoning because it is followed concretely in the laboratory. The dissection of typical organisms is not necessarily an intellectual exercise.
Moreover, since Biology as the science of living things deals with phenomena of which we air have some kind of knowledge, its ideas lend themselves very readily to the popular discussion. It has provided new terms and phrases for a public interested in novelty but impatient with the study. Yet the common occurrence of such terms as Heredity and Natural Selection does not imply a widespread extension of scientific research.
The respect shown for any generalisation of a chemical or physical nature affords a striking contrast to the confidence with which biological subjects are discussed. It would appear that the problems of inanimate Nature, the qualities and changes of matter, are to be left in the hands of experts who approach them after rigorous training, while untrained judgment may exercise itself over the mystery of life.
Nevertheless, it is with great diffidence that I have ventured into this essay to deal with some of the difficulties of the subject and to sketch in outline a course of thought which may serve as an introduction to a more specialized study.
Detail has been sacrificed in it to the breadth of view. A practical illustration is to be found in many excellent textbooks, and by the side of those more solid achievements, this effort must play a supplementary and subordinate part.
The object of the book will be attained if it succeeds, although it may be chiefly by negative criticism, in directing attention to the important truth, that though chemical and physical changes enter largely into the composition of vital activity, there is much in the living organism that is outside the range of these operations.
the book details : Download The living organism - PDF ebook 4.8 MB