The romance of Tristam and Iseult 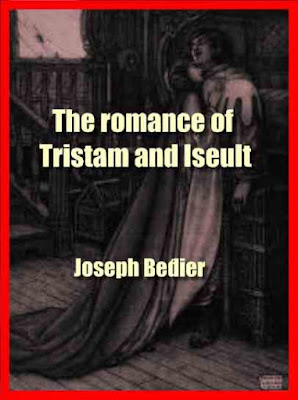 IF the old romances of Tristram, those by Chretien de Troyes and La Chevre have disappeared entirely; of BerouFs version, about 3000 verses have survived, and of Thomas of Ercil.- done's, about the same number; there are also some 1500 verses by an anonymous writer.
Then there are translations, three of which give the substance, though not the form, of Thomas's poem, while a fourth is a poem closely akin to Beroul's; various allusions, often of a very valuable kind; little episodic poems; and finally the formless prose romance, containing some fragments of old lost poems, embedded in a mass of absurdities, to which every successive editor contributed.
What was the architect who wished to restore the ancient building to do in the face of this immense heap of ruins? Two courses were open to him: he might have adopted the text of Thomas, or that of Beroul.
the first had the advantage, that, thanks to the translations, it would have enabled him to reconstruct a complete homogeneous narrative. But it also had this disadvantage, that it would have restored the least ancient of the Tristram poems, that in which the old barbaric element was almost completely assimilated to the spirit and action of Anglo" French chivalry.
M. Bedier accordingly chose the second course, a much more difficult one, but, for this very reason, more tempting to his art and his learning, and also better adapted to the end he had in view: to revive the Tristram legend for the man of to-day in its most ancient form.
He began by translating the extant fragment of Beroul, which occupies, roughly speaking, the middle of his narrative. Having thus steeped himself in the spirit of the old romancer, assimilated his naive manner of thought and feeling, even the occasional puerilities of his commentary and the artless grace of his style, he gave a new head and limbs to this torso, not by means of a mechanical juxtaposition, but by a kind of organic regeneration, on the model of those animals which, when mutilated, complete themselves by their inherent energy on the lines of their perfect form.
M. Bedier's work then is a twelfth century French poem, composed in our own times, a poem of sea and forest, whose hero, a demi<god rather than a man, was represented as the master, or even the inventor, of all the barbarous arts, invincible in combat, a victor over monsters, the protector of his followers, pitiless to his enemies, living an almost supernatural life, a constant object of admiration, devotion and envy.
This type no doubt evolved at a very early period in the Celtic world; it was inevitable that it should have been completed by love. I need not here insist upon the character of the passion that enthrals Tristram and Iseult and makes this legend in its various forms a matchless love^epic. I will only point out that the idea of symbolising love — involuntary, irresistible, and eternal — by a philtre the action of which persists throughout life and even after death, evidently owed its origin to ancient Celtic magic. ^ The element which attracted the French romancers in the story and tempted them to clothe it in the consecrated form of octosyllabic verses, in spite of all its difficulties and obscurities, was the element which secured the success of their undertaking and gave an unprece^ dented popularity to the legend as soon as it became familiar to the Romano^Germanic world: the idea of the fatality of love, which raises it above all laws.
This idea, incarnated in these two exceptional beings, is the more sympathetic to the hearts of men and women here, because it is purified by suffering and sanctified by death.
Tristan and Iseult is a chivalric romance retold in numerous variations since the 12th century, with a lasting impact on Western culture.
Tristan and Isolde, Tristan also called Tristram or Tristrem, Isolde also called Iseult, Isolt, or Yseult, are principal characters of a famous medieval love romance, based on a Celtic legend (itself based on an actual Pictish king).
the book details : Download The romance of Tristam and Iseult   6 MB