The people of the abyss -  Jack London 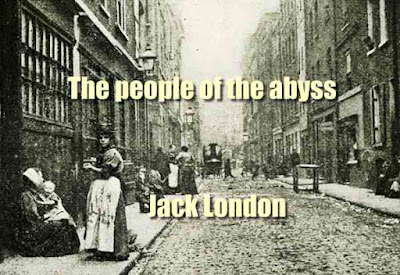 The People of the Abyss (1903) is a book by Jack London made up of his firsthand account of life in the East End of London.
Here, London describes the Whitechapel district, where he lived for several weeks in 1902. London attempted to understand the working class of this deprived area of his namesake city. To this end, he slept in workhouses or on the streets.
He stayed as a lodger with a poor family. The conditions he experienced and wrote about were the same as those endured by an estimated 500,000 of the contemporary London poor.
the book details : Download The people of the abyss11.2 MB