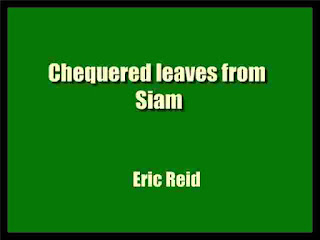 Excerpt:
This admirable Crichton came to me with several recommendations; one — -from a Scotch Izaak— that he could ' ' busk trout-flies extremely neatly when he tried"; while Professor Leber- wurst, who had him five months bug-hunting in the jungle, writ him down an adept at catching butterflies by hand without injuring their wings. His ingenuity in these esoteric crafts impressed me greatly, but it was his taste for music that decided me in his favour.
On noticing my violin case he instantly exclaimed, "Heap seeing!" (noisy-box) and proceeded to an irresistibly comic imitation of the ' ' Yarrhh I Yarrhh ! " of a gramophone opening fire. I surrendered unconditionally- Next morning he reported himself, clad in a pair of heliotrope Chinese trousers, with a flower behind his ear, and an insouciant scarf over one shoulder. He was accompanied by a trio of wives and a very large small family who encamped in the cellars whence they declined to be dislodged, As a servant, Pean succeeded easily enough in satisfying my un exacting tastes.
He was always cheerful at least and did not steal more than was necessary for his personal adornment, a matter in which, owing to his naturally attractive figure, he was inclined to be modest. My dress, on the other hand, was to him standing grief, and he never ceased his efforts to persuade me to affect a more striking colour scheme on gala occasions.
So far as I know, he did not allow me to be cheated un- necessarily. If found out in an attempted squeeze 26 An Affable Nakleng. of his own, he invariably offered a refund, and fell upon my neck — 'or rather upon my toes, for he retained the objectionable Siamese habit of flopping upon his haunches whenever he was scolded — -no small feat for one of his medial dimensions.
When he discovered I was interested in Siamese cats, he brought niP a fresh one every week for a sonic time, until I had a collection of tiny fine specimens all of which, unfortunately, were sooner or later reclaimed by their rightful and wrathful owners ( most of them personal friends of my own.) This led to some difference of opinion between Pean and myself, but he made the height of my scruples. According to his code of ethics, stealing for a master was a piece of merit and covered a multitude of sins. I think I have mentioned Pean's musical abilities.
He united the skill of a versatile per- former with undoubted talents as a composer of mirth-provoking " Klawn " (verses.) He had a great vogue in the compound and used to give nightly concerts in his quarters to a number of friends and kindred, lying generally on his back, and reciting to the accompaniment of a Lao ken. His songs were, for the most part, distinctly ribald, and, I discovered, lampooned the "farang" and all his works unmercifully. When I protested, Pean chose the surest defence in attack, and softly impeached my violin-playing.
Contents:
Audi allieram partem. 1
Unwept — All episode. IZ
An affable Nakleng. 2.5
The Compleat lover.— A song from the
Siamese. - - 3i
Mia Luang. ^:i
Chits. - 43
Made with hands. 53
Massage en masse. 59
Bargains - _ .. 65
Complaisance — from the Laotian. 7!
The Peace-maker — a comedy in one act. 73
The Minor Mess. — A Bangkok farrago. 91
Purple Lotos. - 195
Up-stream and Down. 201
Ode to the Punkah. 213
The Rong Bawn. — In a Siamese gainhling hell. 217
A Grateful shelter. 223
Morning Faces^. 229
Midnight on the Menatn. 235
The Long r-haii 237
On leave. 243
the book details : Download 6 MB