The Babylonian Legends of the Creation 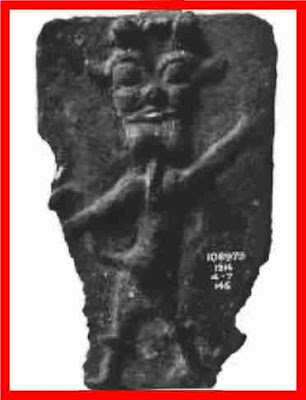 The baked clay tablets and portions of tablets that describe the views and beliefs of the Babylonians and Assyrians about the Creation were discovered by Mr. (later Sir) A. H. Layard, Hormuzd Rassam and George Smith, Assistant in the Department of Oriental Antiquities in the British Museum.
They were found among the ruins of the Palace and Library of Ashur-bani-pal (b.c. 668-626) at Kuyunjik (Nineveh), between the years 1848 and 1876. Between 1866 and 1870, the great " find ” of tablets and fragments, some 20,000 in number, which Rassam made in 1852. was worked through by George Smith, who identified many of the historical inscriptions of Shalmaneser II, Tiglath-Pileser III, Sargon II, Sennacherib, Esarhaddon, and other kings mentioned in the Bible, and several literary compositions of a legendary character, fables, etc. In the course of this work he discovered fragments of various versions of the Babylonian Legend of the Deluge, and portions of several texts belonging to a work that treated of the beginning of things, and of the Creation.
In 1870, Rawlinson and Smith noted allusions to the Creation in the important tablet K. 63, but the texts of portions of tablets of the Creation Series at that time available for study were so fragmentary that it was impossible for these scholars to find their correct sequence. During the excavations which Smith carried out at Kuyunjik in 1873 and 1874 for the proprietors of the Daily Telegraph and the Trustees of the British Museum, he was, he tells us, fortunate enough to discover " several fragments of the Genesis Legends/’ In January 1875, he made an exhaustive search among the tablets in the British Museum, and in the following March, he published, in the  Daily Telegraph (March 4th), a summary of the contents of about twenty fragments of the series of tablets describing the creation of the heavens and the earth.
In November of the same year, he communicated to the Society of Biblical Archaeology 1 copies of:—(1) the texts on fragments of the First and Fifth Tablets of Creation ; (2) a text describing the fight between the " Gods and Chaos M; and (3) a fragmentary text which, he believed, described the Fall of Man. In the following year, he published translations of all the known fragments of the Babylonian Creation Legends in his 11 Chal- " dean Account of Genesis ” (London, 1876, 8vo, with photo¬ graphs). In this volume were included translations of the Exploits of Gizdubar (Gilgamish), and some early Babylonian fables and legends of the gods.


"The apocryphal book of "Bel and the Dragon" shows that a form of the Legend was in existence among the Babylonian Jews long after the Captivity and the narrative relating to it associates it with religious observances.  But there is no foundation whatsoever for the assertion which has so often been made that the Two Accounts of the Creation which are given in the early chapters in Genesis are derived from the Seven Tablets of Creation described in the preceding pages.
It is true that there are many points of resemblance between the narratives in cuneiform and Hebrew, and these often illustrate each other, but the fundamental conceptions of the Babylonian and Hebrew accounts are essentially different.  In the former, the earliest beings that existed were foul demons and devils, and the God of Creation only appears at a later period, but in the latter, the conception of God is that of a Being Who existed in and from the beginning, Almighty and Alone, and the devils of chaos and evil are His servants." --pp.29-30