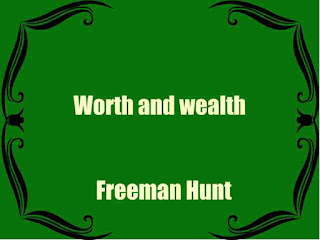 a collection of maxims, morals and miscellanies for merchants and men of business

The reader of these pages will find in them no for- mal code of Mercantile rules, no systematic treatise on trade. My aim is to present illustrations rather than theories, examples rather than precepts. Yet that there is a true theory of business is as evident as that every art has its science, or, stating the matter more generally and less formally, that there is a good and a bad, a true and a false way of doing everything.
That master of the theory of Common Sense, Bacon, has said that " nothing should be put in practice which has not been previously developed in theory." Trade is as universal as the race, as ancient as the first barter when two men got what both wanted by giving what neither needed, and each gained, while neither lost. In our day, trade has penetrated and gives the key-note to civilized life, and Commerce, which used to hug the coasts of the Mediterranean, and then crept along with the shores of the three eastern continents, now ransack the globe, casts the shadows of its masts in the remotest inlets of the Pacific islands, and wakens Saxon echoes in the loneliest and dimmest forests of Tasmania.
This rich experience of every age, this daily life of trade around us, is full of matter for Mercantile Science. Many a rich waif of thought has been thrown up from the heaving ocean of Commercial life. Some elevating examples of the heroism of mercantile honesty and honour, many dazzling stories of success, are to be found in the annals of trade. Many bright sparks of wit are struck out by the collisions of Commerce.
Out of these, it would be no difficult task to compile the Percy Anecdotes of Trade, a sort of Mercantile Lacon, or Hand-Book of Mercantile Practice. It would be still more profitable to arrange this mass of material into something like a system and to construct out of them a true theory of business. And it is strange, that while every profession, every mechanical art has its theory, no one has as yet attempted to construct the Science of Business. Such a system would embrace a code of business ethics, including the Morals and Manners of Trade, the rationale of business management, and a course of business education, including the study of the resources of nations, and Commercial Geography, the processes of production, and the Laws of Wealth, or Political Economy.
And it might be studied with advantage by the Merchant's Clerk, just as the law student, or the medical student, studies the elementary books of his profession. Franklin was the first, I suppose, to bring together with some little attempt at the system the rules of business conduct the maxims of thrift. The influence of his writings, which were full of the true philosophy of business life, in giving tone and direction to the mercantile mind of America, and is a measure of Europe, has been marked and lasting. Since Franklin's day, while, as we 'have seen, the materials have immensely increased, nothing has been done towards arranging and digesting them.
The last sixteen years of my life have been devoted to labours and studies, connected with what I have been in the habit of calling the Literature of Commerce: by which terms is indicated that branch of letters, in which Mercantile affairs find voice and utterance, either in books, or the periodical press. How small the space in Literature, Commerce which fills the world, now occupies, is too obvious to need dwelling upon. time and thought the best products, of which are the volumes of the Merchant's Magazine, have been necessarily was given to the more practical, material aspects.
the book details : Download 17.4 MB