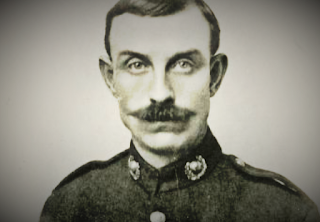 In writing the story of my three attempts to escape from Germany, and the experiences and impressions during the three years I was a prisoner of war there, I do so for several reasons, the chief being the requests of my family and intimate friends, that they shall be placed on record, and a feeling within myself that in so relating them an opportunity will be given, not only to my own countrymen and countrywomen but to the folk of the other allied countries now linked together in the great fight for democracy and freedom, against tyranny and oppression, of studying for themselves the conditions under which we were compelled to live.
They will thus learn our sufferings, both mental and physical, of our struggles against starvation, disease, vermin, and filth of all kinds, and in the study be able to compare the treatment meted out to Germans interned in the different countries of the Allied Powers, particularly our own, and that which we received from the hands of our captors during the time the fortunes of war had caused us to be interned in Germany* I do not pretend to be the possessor of any literary skill or talent; I have felt the lack of these powers during the time I have been engaged writing this work.
Had I been fortunate enough to possess them, I should have been able to write more clearly and concisely concerning the happenings and events recorded in the following chapters. As it is, very often words have failed me to describe fully the horrors and feelings of those times. I have done my best, however, sincerely hoping that in the event of these memoirs of mine being published, they will be interesting as the actual experiences of a prisoner in German hands.
Download PDF book