My method: including American impressions (Auto Suggestion) by Émile Coué 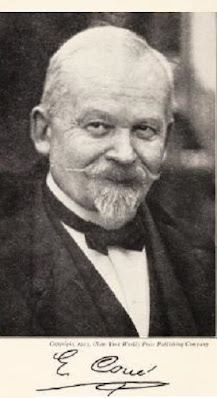 The important part of this book is that the author illustrates the power of Auto Suggestion and imagination in a simple and practical way for effective results.
Emile Coue was born on the 26th of February, 1857, in Troyes, in Aube, France. His mother came from Champagne. His father was a Breton and worked for the Eastern R. R. Company. He attended the town school until the age of fifteen and then went to high school (Lycee). Here he succeeded in completing the scientific course in less than the allotted time. At the age of nineteen, he became an appren¬ tice in a drug store in Troyes and later went to Paris to study chemistry at the Ecole de Pharmacie. In 1882 he returned to Troyes and became the proprietor of a drug store. In 1884 he married the daughter of a well-known horticulturist of Nancy in Lorraine.
A year after their marriage, while they were visiting his wife’s parents in Nancy, his wife suggested that he should go and hear Doctor Liebault at the Nancy School of Hypnotism. What Liebault said interested him greatly, but did not satisfy him entirely. In 1896, having laid by enough to live upon, together with his wife’s property, he decided to retire from business.
Accordingly, he turned the active direction of his pharmacy over to a friend. His friend did not make a success of the business, however, and he was obliged to reassume the active management in 1901. He had by then become deeply interested in the study of hypnotism. He had found the procedure of Doctor Liebault unsatisfactory because of its lack of method.
He continued the study of hypnotism and took an American correspondence course, and it was then that he became acquainted with the hand-clasping experiment which he has used ever since as a demonstration of the dominance of the imagination over the will and around which he gradually built up his method of conscious auto-suggestion.

Excerpt:
I wish to say how glad I was to come into personal contact with the great American public on their side of the Atlantic. And at the same time, I could not help feeling just a little embarrassed. I had an idea that people on that continent expected from me some wonderful revelation, bordering on the miraculous, whereas, in reality, the message I have to give is so simple that many are tempted at first to consider it almost insignificant.
Let me say right here, however, that simple as my message may be, it will teach those who consent to hear it and to give it fair thought a key to permanent physical and moral well¬ being which can never be lost.
Auto-suggestion is disconcerting in its simplicity. To the uninitiated, auto-suggestion or self-mastery is likely to appear disconcerting in its simplicity. But does not every discovery, every invention, seem simple and ordinary once it has become vulgarized and the details or mechanism of it known to the man in the street?
Not that I am claiming auto-suggestion as my discovery. Far from it. Auto-suggestion is as old as the hills; only we had forgotten to practice it, and so we needed to learn it all over again. Think of all the forces of the Universe ready to serve us. Yet centuries elapsed before man penetrated their secret and discovered the means of utilizing them. It is the same in the domain of thought and mind: we have at our service forces of the transcendent value of which we are either completely ignorant or else only vaguely conscious. Power of auto-suggestion known in the Middle Ages.
The power of thought, of the idea, is incommensurable, is immeasurable. The world is dominated by thought. The human being individually is also entirely governed by his thoughts, good or bad. The powerful action of the mind over the body, which explains the effects of suggestion, was well known to the great thinkers of the Middle Ages, whose vigorous intelligence embraced the sum of human knowledge.
Every idea conceived by the mind, says Saint Thomas, is an order that the organism obeys. It can also, he adds, engender a disease or cure it. The efficaciousness of auto-suggestion could not be more plainly stated. Pythagoras and Aristotle taught auto¬ suggestion.
We know, indeed, that the whole human organism is governed by the nervous system, the center of which is the brain—the seat of thought. In other words, the brain, or mind, controls every cell, every organ, every function of the body. That being so, is it not clear that using thought we are the absolute masters of our physical organism and that, as the Ancients showed centuries ago, thought—or suggestion—can and does pro¬ duce disease or cure it? Pythagoras taught the principles of auto-suggestion to his disciples. He wrote: “God the Father, deliver them from their sufferings, and show them what supernatural power is at their call.” Even more definite is the doctrine of Aristotle, which taught that “a vivid imagination compels the body to obey it, for it is a natural principle of movement. Imagination, indeed, governs all the forces of sensibility, while the latter, in its turn, controls the beating of the heart, and through it sets in motion all vital functions; thus the entire organism may be rapidly modified. Nevertheless, however viv¬ id the imagination, it cannot change the form of a hand or foot or another member.”