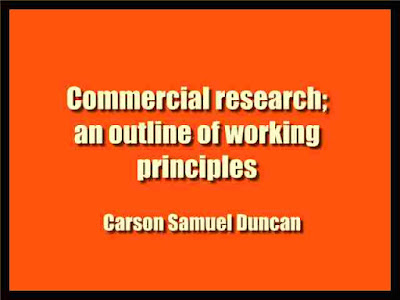 From introduction:
The New Era. There is a common belief that a new era was begun with the recent great world conflict. It is certainly true that during such times of stress, changes in all phases of life are both rapid and radical.
The ideas of yesterday that were new, untried, and chimerical may become the commonplaces of today. As one looks back over the past years, he realizes how far away from the pre-war attitude he has drifted. These changes, rapid and radical in character, will affect us all in our manner of thinking and in our way of living. There must be new adjustments; there must be new relationships; there must be a revision of old theories and planning of new policies.
Such a belief as this is, of course, largely made up of a faith whose substance is the things hoped for rather than what has been demonstrated or experienced. It may be that through the fiery trials of recent years human relationships have been purified and made nobler.
One fact, however, is worthy of note; through multifarious social and political changes trade persists. The new age, like the old, will be built on a foundation of commerce. What this commerce is to be, what rules of the game are to be adopted, what organization for trade will result, what prevailing spirit will animate it, are the points of vital interest. Human nature, however, is made of a tough fibre that is hard to reshape.
After every severe wrench, there is a reaction, a settling back toward the old status. What is new must still justify itself. Nevertheless, it would seem obvious that, whatever the new life may be in character, it must be different from the life of the past. New forces are let loose in the world that will not be curbed. There will be, for instance, as one powerful new influence, a great army of American youths who have seen a new world.
Their view will have become broader. They can be no longer so provincial; they will have learned many things which they cannot forget. The new life in all its aspects depends very much upon what they will do with what they learn. At home, too, there have been new experiences whose influence will be lasting. An instance of this is government control over the industry with its entirely new basis of calculation. The great contrast between private control and public control over industry is that which exists between cost and effectiveness.
The broad aim under government control was to win the war, — to marshal all possible forces effectively for an uneconomic purpose, — that is, to destroy, not to produce. " Victory at any cost " became the slogan. In other words, the effectiveness and not the cost was the primary consideration. Under private control, in winning trade, the cost is the first question. Only the most temporary policy will run the price returns below cost.
Otherwise, it is business suicide. But we have nevertheless experienced this period of centralized control, the effectiveness or ineffectiveness of which we shall discover. This influence will not soon pass away. It may further be observed that this is not an adventure into socialism. Private property still remains private property even in the most fundamental productive enterprises. For the moment, and for the purpose of national defence, — a defence of home and honour as well as of property, — private interests are submerged in public welfare. But there is as yet no reason to believe that with the disappearance of the national danger private interests will not again emerge.
The world may be greatly different after the war, but human wants will still exist and the economic struggle to satisfy them will persist. The business will resume on a pecuniary basis. Purchasing power, too, has been greatly changed. This applies not only to the United States but also to all countries touched by the war. Some have earned money and have never earned it before; many others have earned more than they ever dreamed of.
The effects of this redistribution of wealth cannot be foreseen in their full import, though it is apparent that changes will inevitably be wrought — socially, politically, and commercially. This affects both individuals and nations. The centre of gravity of gold has been disturbed. There was established an embargo on the exportation of gold from the United States because of the accumulated reserves; the same thing was done in England because the supply was depicted. Now that these artificial barriers are gone some readjustment will take place.
.The theory of this book can be simply stated; it falls readily into a series of propositions that have guided the writer from first to last in the composition:
1. The immediate and primary need of business today is intelligent direction and control, individually, generally.
2. Intelligent direction and control of the business can be had only by a better knowledge of business principles.
3. A better knowledge of business principles can be derived only from a careful and comprehensive survey of business facts.
4. To secure a careful and comprehensive survey of business facts is a problem for business research.
5. Therefore, the immediate and primary needs of business today can be met only by business research