The High school English word-book: a manual of orthoepy, synonymy, and derivation 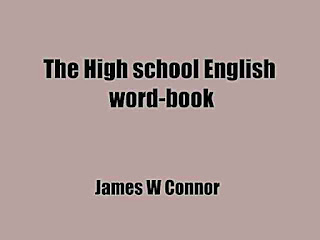 The design of this work, which is largely a compilation, is to furnish the pupil with material to enable him to extend his vocabulary, to appreciate the nice distinctions in the use of words, and to acquire some degree of proficiency in the correct spelling, syllabication, pronunciation, and general use of his mother-tongue.
(1) The section on Orthoepy, which is preceded by a series of explanatory rules for the classroom, gives the pronunciation, according to the best and most accepted authorities, of some four thousand words in more or less general use.
The orthoepical notation followed is that of Stormonth, which, it is believed, will be found at once simple and effective. The same authority's pro- renunciation has also, in the main, been adopted, as that which has not only the approval of the Department of Education for Ontario but is sanctioned by the present usage of cultivated society.
The compilers, however, have not slavishly followed Stormonth, preferring, in disputed cases, to give the alternative pronunciation where such is allowed by a good and competent authority. Where they have differed from Stormonth, their preference, it is proper to state, has been given to English rather than to American lexicographers: in all cases, they have striven1:o avoid pedantry on the one hand and undue license on the other. They have also eschewed all orthographical innovations, save as have the sanction of recognized English authority. In the list of words apt to be mispronounced will be found a few proper names and the .most commonly used Latin and French words and phrases.
(2) In the section on Synonomv, the compilers have endeavoured to supply a much-needed manual of English Synonyms and Antonyms, such as would be useful in the schools in enabling the pupil to acquire a knowledge of the most commonly used synonymous words in the English language, with illustrations of their usage, and some idea of their various shades of meaning. The importance of this section, in supplying aid in the cultivation of correctness and precision in English composition and in our everyday speech, will hardly be questioned
In the preparation of this department of the book the authors -have availed themselves of the labours of Crabb, whose work on " English Synonyms Explained," despite its rather prosy reflections and much that is now obsolete, is a great storehouse of illustration. They are also somewhat indebted to Archbishop Whately, and particularly to Archdeacon C. J. Smith, M, A., whose " Synonyms Discriminated," (London: George Bell & Sons), the compilers would earnestly recommend to the attention of the profession. For many of the definitions and illustrations in this department of their work the authors are under obligations, in addition to Stormonth and the " Imperial Dictionary," to " The Encyclopaedic Dictionary," ( London: Cassell ), a work which teachers and trustees should see finds a place in every school library. (3) Section three is devoted to Derivatives and Word- formations.
In this section, the comparative method, at once the only scientific and the most labour-saving one, has been followed. It is surely time that students of Etymology should not look upon the correspondence of Anglo-Saxon with Latin and Greek words as anything strange or exceptional. The original identity of these languages can be realized only by constant com- parison.
The material for this section has, in the main, been either drawn from or tested by Skeat's " Etymological Dictionary." In a few instances, the compilers have ventured to dissent from the decisions of this eminent authority, chiefly where these conflict with the evidently sound conclusions of recent German philologists. But, as has been said. Professor Skeat, in the main, has been followed, and no English master can afford to be without his work: whoever trusts for derivation to the dictionaries in ordinary use will lean on a broken reed. For some valuable hints on the arrangement the authors are indebted to Prof McElroy's excellent little work, " Essential Lessons in English Etymology," which teachers will find it profitable to consult. It should need no apology that in an ''English Word-Book" the Anglo-Saxon element of the language is taken as the starting point for all comparisons.