Download The Symposium of Plato 1909 Free PDF Ebook by Plato 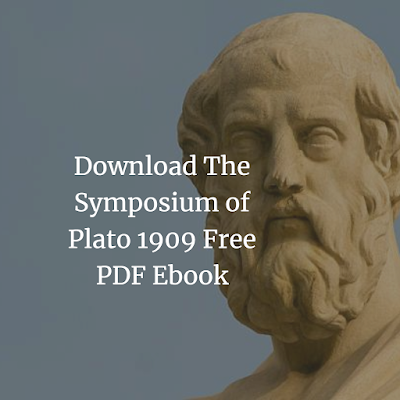 This book was published in 1909. The Symposium of Plato is a philosophical text by Plato dated c. 385–370 BC. It depicts a friendly contest of extemporaneous speeches given by a group of notable men attending a banquet. The men include the philosopher Socrates, the general and political figure Alcibiades, and the comic playwright Aristophanes.
A symposium in Greek, literally means a drinking party. But Plato's Symposium takes the occasion of a drinking party first to praise Love and then to define it. It is a philosophical dialogue, in which meaning is created in the exchange of words between the participants. Each person in turn makes a speech.
Book Published: 1909
Author: Plato
Translator: Bury, Robert Gregg
Download PDF Ebook
Next Post Previous Post
No Comment
Add Comment
comment url
Classic Books,Philosophy,Plato