The doctrine of the incarnation 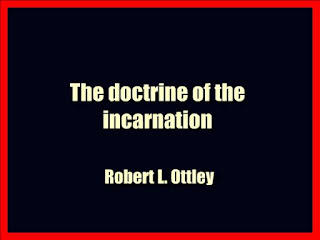 The period intervening between the Council of Nicaea and that of Constantinople was one of doctrinal reaction and consequent confusion. The minute study of historical details is unnecessary for our present purpose. Our task will be the more simple one of reviewing in general outlining the different currents of thought and opinion which were set in motion by the momentous decision of Nicosia.
That decision, it may at once be stated, had been arrived at with a rapidity which took a large portion of the Church by surprise. The fact is that the celebrated watchword of catholic belief, the Homoousiony had been very reluctantly accepted by many members of the Council, to whom the use of an unscriptural term appeared to be at best an unwelcome necessity.
The term not merely excited the hostility of declared Arians, who at this time formed a comparatively insignificant group, but also offended the conservative instincts of theologians trained in the school of Origen, such as Eusebius of Caesarea.
These men still clung to the subordinations teaching of their master and were deeply concerned for the interests of his theological system. The defenders of the Nicene formula thus found various reactionary forces ranged against them: the conservative theologians who deprecated any employment of non-scriptural terms; prelates of strong personal ambition like Eusebius of Nicomedia; declared Arians; besides the great body of indifferentist or unlearned bishops, who had been induced to accept the Homoousion, but still dreaded the spectre of Sabellianism.
To these must be added the Meletian schismatics of Egypt, with whom the reactionary party eagerly made common cause, and the multitude of heathens and Jews who instinctively favoured the Arian, i.e. the semi-pagan conception of God.^
Finally, Emperor Constantine himself after a short interval threw the weight of his influence into the anti-Mcene scale, perhaps suspecting that the symbol adopted by the Council did not represent the general sense of Eastern theologians, and being anxious accordingly to interpret the Homoousion in such a way as covertly to reintroduce, or at least make room for, the vague ideas of Christ's person which the symbol had displaced.
Some contents:
The Post-Nicene period, 325-381 3
Reaction after the Council 3
Different stages of the struggle 5
1. Eusebian reaction, 325-344 ; the different parties in the Church 5
Eusebians and Catholics 6
Marcellus and Photinus 7
The Christology of the various Eusebian Creeds of
Antioch and Sirmium 10
The Council of Sardica, 343-344 . . . . 12
2. From the Council of Sardica to the death of Constantius, 344-361 13
The Eusebians, semi-Arians, and Arians: different
symbols employed 13
The victory of the Honioion at the Council of Ariminum
and Seleucia, 359 19
'3. To the Council of Constantinople, 381 . . .
20 The Council of Alexandria, 362 ;
the question of phraseology 20
The Council of 381 22
History of the ConstantinopoHtan Creed ... 23
§ II. Theology of Athanasius 24
The contra Gentes and the de Incamatione ... 25
Anti-Arian polemic 33
§ III. The final formulation of the Nicene theology: the Cappadocian
writers, Basil, Gregory Nyssen, and Gregory Nazianzen 41
the book details :