Inquiry into the relation of cause and effect 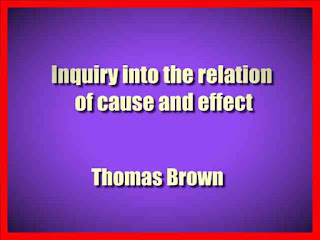 The Essay which foUovvs is now presented to the lovers of Metaphysical Disquisition, in a form so much enlarged and altered, as to constitute almost a New Work. When originally written, with the view of giving some satisfaction to the public mind, on a subject of obscure and difficult controversy, to which peculiar circumstances had attracted, a very general interest, it was limited, as much as possible, to an examination of the theory on which the controversy had taken place.
In the Second Edition, I ventured to take a wider range, and to add such reasonings and reflections, as seemed necessary to elucidate some of the questions of greatest difficulty, in the Philosophy of Cause and Effect.
At the same time, however, many questions relating to that most comprehensive of subjects were left wholly unexamined, and some others only briefly noticed, which deserved a much fuller discussion, both from their own importance and from the light which they throw on Physical Inquiry in general. In the present Edition, I have endeavoured to supply these deficiencies; and, with the hope .of rendering more easily intelligible what has appeared intricate, as I conceive, chiefly because it has been long perplexed in the Schools, by a mysterious phraseology and the verbal inconsistencies of Contending theorists.
I have separated the view of the Philosophy of Causation,- as a statement of simple philosophic truth, from the critical ' view of the doctrine of that bold and original Thinker, to whose ingenuity the abstract science of the connexion of the sequences of events has been principally indebted; and to the examination of whose opinions on the subject, as part, just and partly erroneous, the exposition of the abstract philosophy itself, which was treated before with constant reference to those opinions, might seem, in the former editions^to have been considered as subordinate.
If in that last portion of my Work, which is now devoted to the review of Mr Hume^s theory of our notion of Power, the 'criticism on his metaphysical style be less favourable, than the general opinion with respect to it, that h^s stamped it .with a character of excellence, the justness of which it may now seem almost presumptuous in a single individual to question, I trust it will not be supposed to have arisen from any wish of detracting from the reputation of that eminent philosopher.
The talents, which be undoubtedly possessed, were* of so high a rank, that he- may well bear to be estimated according to his real merit; and it would be as absurd to deny his acuteness and subtlety, and often too, the easy graces of his composition, as it is unnecessary for his fame, to assert, that he is ^physically and logically faultless, in his mode of inquiring into the abstract truths of science, or of exhibiting to others with exactness the results of his inquiry.
It is, indeed, scarcely- possible to imagine a more convincing proof of that want of precision, which I have ventured to censure, in his method of analysis and in his metaphysical language, than the fact, — if, on examination, it be found to be a fact, — that from the first appearance of his Inquiries on this subject till now he has been universally believed to maintain a negative theory of Power, which is not merely altogether different from the real doctrine of his work but is in direct contradiction to the great argument which pervades it. In the theory of our notion of the relation of Cause and Effect, which the following pages are intended to develop, I am aware, that to minds unaccustomed to philosophical analysis, and particularly to those- who have been in this habit of attaching importance to some mysterious but insignificant phrases, the simple doctrine itself, and. its equally simple phraseolog}', may appear an unwarrantable innovation on the received opinions and language. But I flatter myself, that, after reflecting on what is truly meant, in those received opinions, and in the general language on the subject, they will discover, that the innovations are rather
On what has been unintelligible before, then on what has been truly understood; and that everything which has been of any real val- ue, in the ancient and well-accredited phrases, is retained in the few simple terms of the doctrine which is now submitted to their attentive review.
the book details : Download Inquiry into the relation of cause and effect  -  6.3 MB