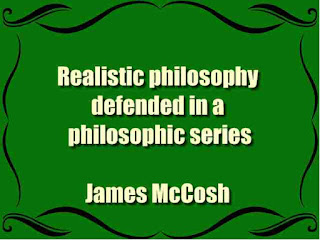 From the introduction:
America has arrived at a stage at which there is a body of men and women who have leisure and taste to cultivate the liberal arts and advance the higher forms of civilization. She does not claim to have accomplished in a century or two what Europe has done in twice that time. It would not be just to require her, as one country, to be doing as much as all the countries of the Old World are doing. Still, she now ranks with any other nation in literature, science, and art.

She has literature that promises to rival that of England. Her historians, in respect to both research and style, are equal to those of Europe. She has not yet produced a poem of the highest class, such as the Iliad, ^Eneid, the Inferno, or Paradise Lost, or Faust; but some of her poets in this past age may be placed on the same level as any of their contemporaries.
She can show statues and paintings (in the landscape, for example) full of vigour and freshness. She has humorists, not perhaps of the highest order they are too much given to startling by exaggeration but with a manner of their own. Frank- lin, Thompson (Count Rumford), and Joseph Henry have led the way in original scientific research, and there are. professors in our colleges pursuing the most advanced science. In " practical inventions," called forth by the necessities of the wide country, she is in advance of all other people. But all enlightened nations have also had a philosophy bent on inquiring into the reasons of things and settling the foundations of knowledge. India and Persia had it in very ancient times in the form of theosophy. Greece, followed at a distance by Rome, sought to establish reality and penetrate into the nature of things.
France has had a philosophy ever since the days of Descartes, in the seventeenth century, and so has Germany since the time of Leibnitz in the following age. The English have had a most influential mental science since the time of Locke, and Scotland has since the days of Reid. Italy, at this present time, has a promising school. 1 How does America stand? She has had a considerable number of able philosophic thinkers. It may be doubted whether any country has had a more acute metaphysician than Jonathan Edwards, whose views were restricted, and who was kept from doing more, simply by his want of books, and of collision with other thinkers.
The theologians of America have made constant use of philosophic principles in defending their doctrinal positions; but the thinking people have not formed a separate school, like the French, the English, the 1 See an account of this school, by Luigi Ferri, in Princeton Review, (55th year). Mamiani, who had so fine a Platonic spirit, is now dead, but it is hoped that La Filosofia Della Scuole Italiane, of which M. Ferri is now sole editor, will take a lead in this school.
I may mention that his book, written in French, La Psychologie de 1'Association, shows historically and critically that Association of Ideas cannot account for our high intellectual and moral ideas. It is the ablest work on this subject Scotch, and the Germans have. In the last century and the earlier part of this, they followed Locke or Reid, one or both, always making independent use of what they adopted, as a rule, they took from Locke only what was good, and carefully separated themselves from his sensational tendencies.
In this past age, our thinking youth have been strongly attracted by Kant and his school, some of them being caught in the toils of Hegel. In the pres- ent age a number are following John S. Mill, Bain, and Herbert Spencer. All this, while we never have had a distinctively American philosophy. The time has come, I believe, for America to declare her independence in philosophy.
She will not be disposed to set up a new monarchy, but she may establish a republic confederated like the United States. Certainly, she should not shut herself out from intercourse with other countries; on the contrary, she should be open to accessions from all quarters. But she should do with them as with the emigrants who land on her shores, in regard to whom she insists that they speak her language and conform to her laws; so she should require that her philosophy have a character of its own. She had better not engage in constructing new theories of the universe spun out of the brain. The world has got sick of such.
Even in Germany, where they summarize, expound, and critically ex- amine all forms of speculative thought, they will not listen to any new philosophical systems, and the consequence is that none is now offered the latest being pessimism, which startled young thinkers by its extravagance, and by its containing an element of truth in bringing into prominence the existence and prevalence of evil which the philosophy of last century had very much overlooked
SOME CONTENTS:
GENERAL INTRODUCTION-WHAT AN AMERICAN PHILOSOPHY SHOULD BE...,1