The mysteries of Mithra 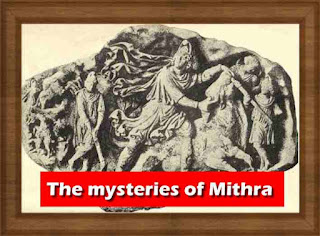 The present work, in which we purpose to treat the origin and history of the Mithraic religion, does not pretend to offer a picture of the downfall of paganism. We shall not attempt, even in a general way, to seek for the causes which explain the establishment of the Oriental religions in Italy; nor shall we endeavour to show how their doctrines, which were far more active as fermenting agents than the theories of the philosophers, decomposed the national beliefs on which the Roman state and the entire life of antiquity rested, and how the destruction of the edifice which they had disintegrated was ultimately accomplished by Christianity.
We shall not undertake to trace here the various phases of the battle waged between idolatry and the growing Church; this vast subject, which we hope someday to approach, lies beyond the scope of the present work. We are concerned here with one epoch only of this decisive revolution, it being our purpose to show with all the distinctness in our power how and why a certain Mazdean sect failed under the Caesars to become the dominant religion of the empire.
The civilization of the Greeks had never succeeded in establishing itself among the Persians, and the Remaps were no more successful in subjecting the Parthians to their sway. The significant fact which dominates the entire history of Hither Asia is that the Iranian world and the Graeco-Latin world remained forever unamenable to reciprocal assimilation, forever sundered as much by a mutual repul sion, deep and instinctive, as by their hereditary hostility. Nevertheless, the religion of the Magi, which was the highest blossom of the genius of Iran, exercised a deep influence on Occidental culture at three different periods. In the first place, Parsee- ism had made a very distinct impression on Judaism in its formative stage, and several of its cardinal doctrines were disseminated by Jewish colonists throughout the entire basin of the Mediterranean, and subsequently even forced themselves on orthodox Catholicism.
The influence of Mazdaism on European thought was still more direct when Asia Minor was conquered by the Romans. Here, from time immemorial, colonies of Magi who had migrated from Babylon lived in obscurity, and, welding together their traditional beliefs and the doctrines of the Grecian thinkers, had elaborated little by little in these barbaric regions a religion original despite its complexity. At the beginning of our era, we see this religion suddenly emerging from the darkness, and pressing forward, rapidly and simultaneously, into the valleys of the Danube and the Rhine, and even into the heart of Italy.
The nations of the Occident felt vividly the superiority of the Mazdean faith over their ancient national creeds, and the populace thronged to the altars of the exotic god. But the progress of the conquering religion was checked when it came in contact with Christianity. The two adversaries discovered with amazement, but with no inkling of their origin, the similarities which united them; and they severally accused the Spirit of Deception of having endeavoured to caricature the sacredness of their religious rites. The conflict between the two was inevitable, a ferocious and implacable duel: for the stake was the dominion of the world.
No one has told the tale of its changing fortunes, and our imagination alone is left to picture the forgotten dramas that agitated the souls of the multitudes when they were called upon to choose between Ormazd and the Trinity. We know the result of the battle only: Mithraism was vanquished, as, without doubt, it should have been.
The defeat which it suffered was not due entirely to the superiority of the evangelical ethics, nor to that of the apostolic doctrine regarding the teaching of the Mysteries; it perished, not only because it was/ encumbered with the onerous heritage of a superannuated past, but also because its liturgy and its/ theology had retained too much of its Asiatic colouring to be accepted by the Latin spirit without repugnance. For a converse reason, the same battle, waged in the same epoch in Persia between these same two rivals, was without success, if not without honour, for the Christians; and in the realms of the Sassanids, Zoroastrianism never once was in serious danger of being overthrown.
book details : Download The mysteries of Mithra - 11.5 MB