Physical science in the time of Nero

being a translation of the Quaestiones Naturales 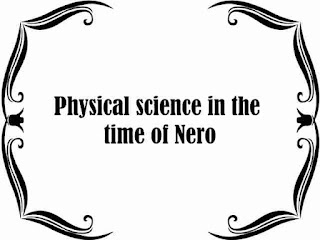 This book is intended primarily for English readers, to most of whom it will probably be at least new. Thomas Lodge, the well-known dramatist, published in 1614 a translation of the whole of Seneca s prose works (except the Apocolocyntosis), but no English editor or commentator seems to have turned his attention to the Quaestiones Naturales, either before or since. Lodge s translation, a folio volume of nearly a thousand pages, was probably very good for its day but is now out of date.
The Introduction is designed to give a setting to the translation and to answer a few of the questions that would naturally occur to the mind of an intelligent reader who was not a classical scholar. In the Index also some details are included that may be helpful to those who have neither time nor opportunity for hunting up historical and other allusions in books of reference.

The object has been to make the volume self-interpreting, though it may be that the course has not always been judiciously steered between too little and too much.
The Quaestiones Naturales must be regarded as occupying historically an important position. It was the latest deliverance of the classical world upon the subject of physical speculation. Its currency during the Middle Ages rendered it for many centuries the chief authority in science in Western Europe. Its cosmology represented not only popular but also educated opinion and became the source of many of the accepted ideas concerning the universe that passed into early modern literature in our own and other countries.
Indebtedness to editors of Seneca and to others, which has ' been very great, is acknowledged as fully as possible in the Introduction and elsewhere where help has been availed of. The interest taken in the book by various friends is also gratefully acknowledged. Professor Sir Joseph Larmor and Professor J. Arthur Thomson have made several useful suggestions. Professor Herbert J. C. Grierson has very kindly read the proofs and given valuable assistance in other respects. But my chief acknowledgements are due to Sir Archibald Geikie.
To him the translation owed its inception: his constant aid and encouragement have enabled me to complete a task from which I should probably have otherwise shrunk. I am indebted to him also for the Commentary appended to the translation, in which the questions treated by Seneca are considered from the point of view of modern Science. It has been to him a labour of love: may our readers enjoy something of the same satisfaction!


the book details : Download  Physical science in the time of Nero - PDF ebook