Fasting for the cure of disease 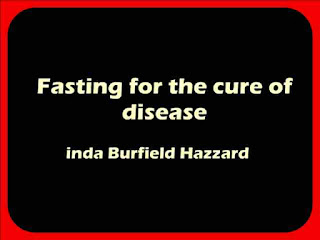 The several years that have passed since the second edition of this work was issued have brought daily proof of the success of the claims then made. In this, the third edition, the author trusts that im- proved form, more numerous citations, and greater detail will serve to stimulate both the scientific and the popular mind to a realization of the importance of systematic investigation of the theory and the practice of Fasting for the Prevention and the Cure of Disease.
Again the author desires to acknowledge her indebtedness to Dr Edward Hooker Dewey, now deceased, for his counsel and personal guidance in the early years of her practice. She is also deeply sensible of the encouragement and material support of patients and friends, in default of which the success that has attended her efforts in advancing the work in hand would many times have failed of accomplishment.
The author cannot flatter herself with the thought that she will succeed in convincing all who read this book of the truth it presents, for any question that concerns inducing be- lief in other minds is seldom settled by argument. But, if it is capable of a practical solution, its worth is easily discovered through trial.
And it is thus with the fast. But, because of almost universal dependence upon specialized advice, and because of human desire for tangible remedy, the method is hard to follow. It involves rigid self-denial in its initial stages and after it is broken it may prove disagreeable in the application. If for one moment, the immeasurable benefits that accrue from bodily purification and renewal are lost sight of, bitter lessons are taught.
The slow processes of nature can never be hurried in action. Time elapses in the development of disease, and time must elapse ere cure results. Impatience is the evil underlying world dependence upon drugs.
The quickness of action is demanded, and a symptom suppressed is a cure accomplished in medical parlance. But, is this true? The text explains. every step that is taken in developing the practice of treatment of disease by natural methods is met with opposition which, in many instances, amounts to persecution.
The research covered by this work, and especially that which involved post mortem examination, was hampered by medical intervention and was accomplished only through sheer de- termination and the assistance of a few broad minds in authority. The author believes that these autopsies are unique in the history of healing art. No other investigator in her ken has had the opportunity to connect the origin of disease with the immediate cause of death its organic consequence.
The latter, in all cases, have the added advantage and scientific value of being exhibited free from the effects of drugs. Stress must be laid upon the truth in the statement that the fast is but a means to an end. Full vigour and complete recuperation are not to be had in a moment, and the completed benefits of the treatment are seldom enjoyed until three, four, or six months after the end of abstinence. Patience, self-denial, and faith are the moral requirements, with physical regeneration as the reward for their exercise.
Contents
Preface ii
I. Fasting 17
Ii. Starvation 27
Iii. When and why to fast 34
Iv. Preparation for the fast 49
V. Symptoms 6l
Vi. The duration of the fast 91
Vii. Breaking the fast 103
Viii. The enema 115
Ix. Food and disease 131
X. Rest and elimination 143
Xi. Auxiliaries in fasting 153
Xii. Diet 169
Xiii. Mental and bodily reaction 187
Xiv. Children in the fast 203
Xv. Sexual diseases and the fast 219
Xvi. Difficulties in conducting the fast. 231
Xvii. Cures by fasting 251
Xviii. Death in the fast 293
Xix. Schools of natural healing 341
Glossary s47
book details : Download Fasting for the cure of disease 24.4 MB
Warning do not follow recipes without consulting your doctors