A concise history of painting 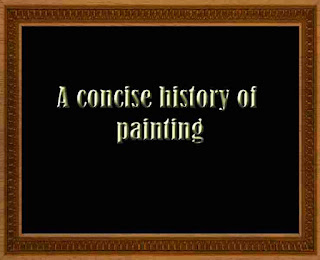 The art of each country occupies a separate book, most of the books being again divided into chapters devoted to different schools and periods. The pictures mentioned as examples of each master's work are chosen from such as are easily accessible to the English student. A readable and trustworthy narrative..
It has been my aim in the present edition not to impair its precious quality of readableness, and to increase its comprehensiveness by adding notices of many artists whose exclusion would, at the present date, mar its value as a textbook.
To effect the latter object without forfeiting the title of " concise," it has been necessary to reduce the original text by the excision of such passages as appeared redundant or least valuable. Otherwise, the present edition differs from the first mainly in the following respects. Dates and other matters of fact have been revised throughout. The notices of Claude and the Poussins have been transferred from the Italian to the French School.
These and the notices of several other painters have been rewritten, and notes throughout the book have been added. The chapter on " The Last Efforts and Extinction of Painting in Italy " (Book iv., chap. 5) has been re-written, and a concluding note on the English School and Chronological lists of the painters of each country have been added. With the exceptions of the chapter, note, and lists mentioned in the preceding sentence, and of alterations of date and other slight changes, aU new or re-written matter will be found included within square brackets
These brackets are the limits of my responsibility in matters of opinion, but not in matters of fact. How heavy the latter responsibility is, and what labour it entails, only those who have been engaged in a similar task can appreciate, for it is not too much to say that there is hardly a fact or a date in the History of European Art before the seventeenth century which has been left un-turned during the last fifteen years, and a great number of them have been the subject of warm dispute between the " very latest authorities."
In the art, we can nowise forget the artists." And yet art history, which is so important a portion of art culture, is almost the only history entirely untaught in our schools. Surely such teaching is needed, for the stem pursuit of science, to which an age that calls itself practical incites its children, tends, if imreUeved by the cultivation of aesthetic tastes, to blind us to much that is great and beautiful in our lives.
book details : Download A concise history of painting - PDF ebook - 13.6 MB