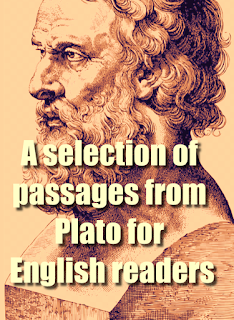 The following collection of ' Extracts from the English translation of the Dialogues of Plato' was undertaken by the editor in accordance with the wish of the late Master of Baliol. The Master himself helped to choose the passages for insertion, and the larger portion of the MS. was submitted to him before his death.
He was of opinion that the selection would be of value to readers who might be deterred by the size and cost of the complete work, as well as to young students; while the University Extension movement, and the increasing number of Colleges for Women, both in England and America, also seemed to offer a field for a compilation of this nature.
The editor, with such readers in view, has in the brief introductions prefixed to the Extracts endeavoured to assist them to gain a general understanding of the character of the Platonic writings, which may, if occasion serve, provide a useful basis for further study. So, too, the metaphysical part of Plato's philosophy has been kept in the background, attention is drawn especially to the political and ethical ideals which form a great part of his teaching, and which, like the simple truths of religion^ have a peculiar and undying attraction for ourselves. The Preface which Professor Jowett contributed to Mr Purves' ' Selections from the Dialogues of Plato' has at his own desire been added to these volumes.
Download 5.4 MB PDF book Direct Download