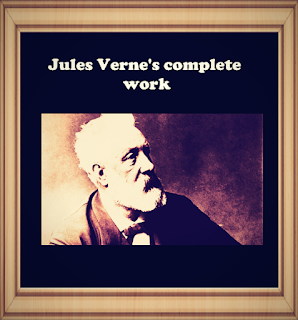 Verne wrote in French, but his works have always had an international appeal. Since the 1850s, his writing has been translated into approximately 150 languages—making him the second most translated author ever. He has appeared in translation even more often than William Shakespeare.
Jules Verne's novels are part of the science fiction genre. His stories are full of adventures, fantastic inventions, and very particular characters who have progressive and human visions.
Though raised as a Roman Catholic, Verne gravitated towards deism.[81][82] Some scholars[which?] believe his novels reflect a deist philosophy, as they often involve the notion of God or divine providence but rarely mention the concept of Christ.[
This is a collection of Jules Verne's 24 books that are in the public domain. some of them contain illustrations. most of them are Science fiction and Fantasy.
Contents of the book: