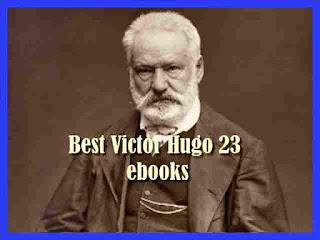 Hugo is considered to be one of the greatest and best-known French writers. Outside France, his most famous works are the novels Les Misérables, 1862, and The Hunchback of Notre-Dame (French: Notre-Dame de Paris), 1831. In France,
All his works contain moral and political messages and morals and he cares about small details. he defended the criminals because most of them are victims of society. Hugo did not follow religions, he was a deist.
My favourite Hugo saying “Love is like a tree: it grows by itself, roots itself deeply in our being and continues to flourish over a heart in ruin."
This collection contains a collection of the most famous works by Victor Hugo collected from the Archive.org