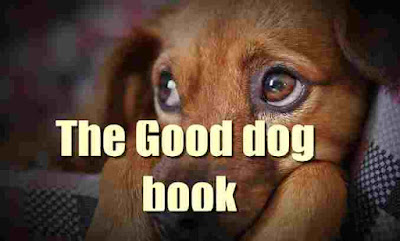 Excerpt:
Four-and-thirty years ago, Bob Ainslie and I were coming up Infirmary Street from the Edin¬ burgh High School, our heads together, and our arms intertwisted, as only lovers and boys know-how, or why. When we got to the top of the street and turned north, we espied a crowd at the Tron Church. “A dogfight!” shouted Bob, and was off; and so was I, both of us all but praying that it might not be over before we got up! And is not this boy- nature? and human nature too? and don’t we all wish a house on fire not to be out before we see it?
Dogs like fighting; old Isaac says they “delight” in it, and for the best of all reasons; and boys are not cruel because they like to see the fight. They see three of the great cardinal virtues of dog or man — courage, endurance, and skill — in intense action. This is very different from a love of mak¬ ing dogs fight, and enjoying, and aggravating, and making gain by their pluck. A boy — be he ever so fond himself of fighting — if he is a good boy, hates and despises all this, but he would have run off with Bob and me fast enough: it is natural, and a not wicked interest, that all boys and men have in witnessing intense energy in action.
Does any curious and finely ignorant woman wish to know how Bob’s eye at a glance announced a dogfight to his brain? He did not, he could not see the dogs fighting; it was a flash of an inference, a rapid induction.
The crowd round a couple of dogs fighting is a crowd masculine mainly, with an occasional active, compassionate woman, fluttering wildly round the outside, and using her tongue and her hands freely upon the men, as so many “brutes”; it is a crowd annular, compact, and mobile; a crowd centripetal, having its eyes and its heads all bent downwards and in¬ wards, to one common focus.
Well, Bob and I are up, and find it is not over: a small thoroughbred, white bull terrier, is busy throttling a large shepherd’s dog, unaccustomed to war, but not to be trifled with. They are hard at it; the scientific little fellow doing his work in great style, his pastoral enemy fighting wildly, but with the sharpest of teeth and great courage. Science and breeding, however, soon had their own; the Game Chicken, as the premature Bob called him, working his way up, took his final grip of poor Yarrow’s throat — and he lay gasping and done for.
His master, a brown, handsome, big young shepherd from Tweedsmuir, would have liked to have knocked down any man, would “drink up Esil, or eat a crocodile,” for that part, if he had a chance: it was no use kicking the little dog; that would only make him hold the closer. Many were the means shouted out in mouthfuls, of the best possible ways of ending it. “Water!” but there was none near, and many cried for it who might have got it from the well at Black- friars Wynd. “Bite the tail!” and a large, vague, benevolent, middle-aged man, more desirous than wise, with some struggle got the bushy end of Yar¬ row's tail into his ample mouth, and bit it with all his might.

Rab and his friend, by Dr J. Brown.--The bloodhound, by B.W. Procter (Barry Cornwall).--A dog of Flanders, by Louise de la Ramée (Ouida).--Chance, by H.H. Knibbs.--Stickeen, by J. Muir.--Beth Gêlert; or, The grave of the greyhound, by W.R. Spencer.--Scally, the story of a perfect gentleman, by I. Hay.--The vagabonds, by J.T. Trowbridge.--Adrift on an ice-pan, by W.T. Grenfell.--Just our dog (anonymous).--Barry, the dog hero of the Saint Bernard pass, by Eva M. Tappan