The women of Egypt 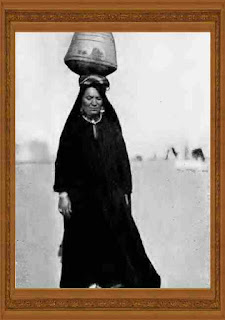 Through my friendship with Egyptian women, I was permitted to visit in the homes and learn the customs and life, to a degree at least, of the women of various classes, both Egyptian and Bedouin. I visited the girls' schools and saw young Egypt at study. I visited the Missions, the hospitals, learning there the crying need of the woman for a larger knowledge of sanitary laws.

Much was gained from those who have looked upon the woman of Egypt from the point of view of her moral and religious development.
Through my housekeeping experiences in Cairo, I discovered conditions relative to the working woman and the labouring class which can only be observed by a householder. Although I am well aware that the woman of Egypt, lodged in her traditions and conservatism, is not readily revealed, especially to an outsider, it is my hope that these pages may afford a glimpse into the modern life and problems confronting her in the present rapid and revolutionary changes which Egypt is now experiencing in common with the entire Eastern world.
IT is even more completely synonymous with her home life since it is her sole kingdom, the only world she knows or sees. Not infrequently she passes her life in a single humble dwelling, with not so much as a visit to a relative or a friend, while her children bear the stamp of her mind and heart as exactly as the centuries-old hieroglyphics upon the monuments and tombs of Egyptian kings reflect the life of the dweller in the Nile Valley to-day. What the woman of Egypt is in the home, the man of Egypt will be in the field, in the shop, and in the office, while the youth of Egypt will carry the influences of the household into every phase of the changing progress of the New Egypt.
There is indeed no " Egyptian Question " that does not include the consideration of the Egyptian woman; there are no " Capitulations," involving the sixteen world Powers in the political guidance of this country, more intricate than is the life of a woman, woven as it is into custom, tradition, and domesticity; she is the first architect of the Egyptian's fate, building her ideas and habits into the aims and ambitions of her sons and daughters; she is the key to Modern Egypt