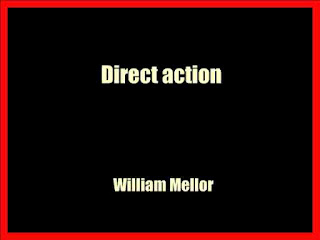 Days among both employers and workers is, " Things cannot go on as they are. There must be a smash." Everywhere men and women are conscious of having in times of revolutionary change, and everywhere they wait expectantly for the crisis.
All the countries in which Capitalism holds sway are rapidly being divided into hostile camps — on the one side stand those who seek to preserve the world as it is, on the other those who seek to destroy and, after de- stroying, to re-create. Midway between these warring sections, there are groups that either do not understand or dare not face, the meaning of this appearance of war. They cannot, or will not, believe that all hope of peace has gone, and they fear the in- evitable suffering that open war brings in its train. Their position is one of insecurity, for every day brings further proof of their isolation.
They find themselves thrown this way and that in the struggle for supremacy;  they are, in very deed, being ground be- tween the upper and nether millstones. In a world which is marked by the existence of deep social unrest, they find themselves vainly " ingeminating ' Peace, Peace ' " — when there is and can be, no peace until the struggle between those who own and those who are owned is settled for all time.
Unless one is prepared to regard the world from this point of view, there can be no real appreciation of what is taking place, and no real appreciation of what is to happen in the future. The old order of civilisation is decaying and a new one, rising out of the old, is being prepared.
The world has come to a crossroads, and the contest over " the right of way " has been joined. It is the purpose of this book to explain the meaning and implications of the way in which this contest is being fought out, and, in particular, to urge that the struggle for supremacy is concerned primarily with the economic facts of life, that the prize that accompanies victory is, for the one side, the preservation of the status quo, and, for the other, a new social order based not on the struggle for existence, but on the idea of mutual service of all to all. Social unrest is but the symptom of a deep underlying disease from which civilisation suffers; it is a sign that the circumstances of life deny to somewhat freely they afford to others; it is proof that injustice is being meted out.
In short, the continued growth of social unrest arises from a realisation of social inequalities, and from a desire on the part of those upon whom these in- equalities fall to redress the balance. There is a war in progress between those who have and would continue to hold and those who have not and desire to possess.
The struggle of the classes has two sides: it is a struggle for social equality, for the abolition of all economic distinctions be- tween man and man, and it is a struggle for the right of every individual to express himself in the work he does, for the right to labour not for the benefit of an employer, but for the well-being and happiness of one's fellows.
The struggle finds its expression in the economic field, for on that field is to be found the basis of all life. Bread and butter are the fundamentals of all existence, and a world in which the supplies of bread and butter are unfairly distributed is a world marked by social injustice and social inequality. This fundamental economic inequality affects every sphere of life and eventuates in a world whose people are sharply divided in morality, in methods of life, in outlook and in speech. It produces, within a society, two classes — the one listed and cultured, free from economic care and worry; the other condemned to a lifelong struggle to sustain animal existence, pressed by fear of starvation, living the drab existence of a beast of burden.
It produces a race of masters and a race of slaves. More and more as Capitalism develops the segregation of these classes is affected, and the continued free development of " big business " can only end in the absolute division of mankind into machine-minders and machine-owners. Such a world is the apotheosis of Capitalism and the burial-ground of freedom. Fortunately for the world, there is no free and unhampered development of Capitalism.
The wage-slaves are everywhere questioning the divine right of their masters. They are seeking for a new basis of life, and blunderingly, but surely, are working for a change that shall destroy forever that power of man over a man that springs from the possession of the property.
The under-world is in a state of unrest, and it is striving to throw off the chains that weigh it down. That throwing~off is in the process the world over, and in no country is Capitalism left un-challenged. The world is in revolt, and the weapons used to consummate that revolt are economic. Direct Action is the watchword of both those who defend and those who attack.
Contents:
Author: William Mellor
Publication Date: 1920