Answers to ever-recurring questions from the people: a sequel to the Penetralia 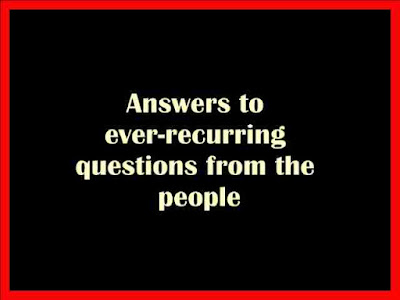 the author answers questions about sipirtuality

t may interest the reader, before entering upon an examination of this volume, to know what brought it into existence. About six years ago, I published a book entitled " The Penetralia." It was filled with replies to questions put by investigators who have been developed and multiplied, to an unexampled extent, by that extraordinary and influential movement of modern days, commonly denominated " Spiritual."
In that volume is the following language. " The author does not presume to believe that his replies will be either final or gratifying to those who occupy different positions in regard to the several subjects considered; and yet his spirit is animated with the hope that, to such minds, the following pages may suggest, even more than they express, high thoughts and saving principles."
That the " replies " communicated in that book were neither final nor sufficient in variety to meet the ever-rising necessities of man's immortal mind, is proved by the appearance of this volume. Here are presented newly awakened " Answers " to newly arisen " Questions," which have been freely and frequently put to the author during the last three years.
The following interrogatories, which have not been replied to in any previous volume, are selected from a formidable pile of correspondence. Hundreds of questions have reached the author from persons who have not read anything on the subject.
To such, the Answers hereby imparted will come like a revelation from new worlds of Truth; while to those who have read and investigated, the following pages will seem " familiar as household words.'' But the thinking, progressive public, will find in this volume many new, curious, useful, and interesting truths touching the great facts of Future Existence.
These truths are to men's minds what air, light, and moisture are to grains, grasses, flowers and fruit — the means of fertility and expansion. Sometimes a single sentence will illuminate the uneducated and unhappy mind, as a single flash of lightning will light up a dark and dreary forest. I have not written with the public opinion before my eyes, but have approached the " Questions " with the conviction that " the withholding of large truths from the world may be a betrayal of the greatest trust." That this sequel to the " Penetralia " may bring new light into the world, and be the means of spiritual growth and happiness for mankind, is my very earnest prayer
Excerpt:
The mission of the True Spiritualist. I. — Question: " "What is the position of the true Spiritualist? Is it possible for him to remain indifferent to the welfare of mankind?
Does not such a faith tend to render its recipients wiser, happier, and more useful? " Answer: Light is pouring in from the eternal Spheres. It flings its radiance on every passing eye. The weary, benighted traveller beholds it afar off. Nature, with an impartial hand, scatters her truths everywhere; the same at the poles as beneath the equator; and thus the whole globe is abundantly filled with their beauty and fragrance.
Unhappy, indeed, is that mind which can neither see their proportions nor enjoy their hallowed magnetic principles. Those immortal truths which
r.
the book details :