Selections from the Writings of Kierkegaard 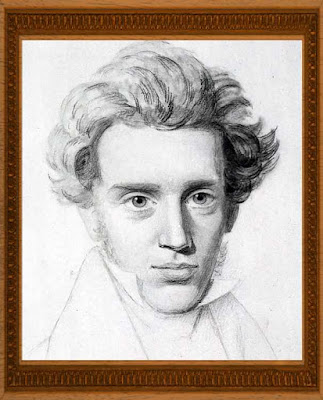 Creditable as have been the contributions of Scandinavia to the cultural life of the race in well-nigh all fields of human endeavour, it has produced but one thinker of the first magnitude, the Dane, Soren A. Kierkegaard.
The fact that he is virtually unknown to us is ascribable, on the one hand to the inaccessibility of his works, both as to language and form; on the other, to the regrettable insularity of English thought. It is the purpose of this book to remedy the defect in a measure, and by a selection from his most representative works to provide a stimulus for a more detailed study of his writings; for the present times, ruled by material considerations, wholly led by socializing, and misled by national, ideals are precisely the most opportune to introduce the bitter but wholesome antidote of individual responsibility, which is his message.
In particular, students of Northern literature cannot afford to know no more than the name of one who exerted a potent and energizing influence on an important epoch of Scandinavian thought. To mention only one instance, the greatest ethical poem of our age, "Brand" — notwithstanding Ibsen's curt statement that he "had read little of Kierkegaard and understood less" — undeniably owes its fundamental thought to him, whether directly or indirectly.
Of very few authors can it be said with the same literal- ness as, of Kierkegaard that their life is their works: as if to furnish living proof of his untiring insistence on inward- ness, his life, like that of so many other spiritual educators of the race, is notably poor in incidents; but his life of inward experiences is all the richer — witness the "literature within a literature" that came to be within a few years and that gave to Danish letters a score of immortal works. Pronounced Kerkegor. 12 University of Texas Bulletin Kierkegaard's physical heredity must be pronounced un- fortunate. Being the child of old parents — his father was fifty-seven, his mother forty-five years at his birth (May 5, 1813), he had a weak physique and a feeble constitution.
Still worse, he inherited from his father a burden of melancholy which he took a sad pride in masking under a show of sprightliness. His father, Michael Pedersen Kierkegaard, had begun life as a poor cotter's boy in West Jut- land, where he was set to tend the- sheep on the wild moorlands. One day, we are told, oppressed by loneliness and cold, he ascended a hill and in a passionate rage cursed God who had given him this miserable existence — the memory of which "sin against the Holy Ghost" he was not able to shake off to the end of his long life.
When seventeen years old, the gifted lad was sent to his uncle in Copenhagen, who was a well-to-do dealer in woollens and groceries. Kierkegaard quickly established himself in the trade and amassed a considerable fortune. This enabled him to withdraw from active life when only forty, and to devote himself to philosophic studies, the leisure for which life had till then denied him.
More especially he seems to have studied the works of the rationalistic philosopher Wolff. After the early death of his first wife who left him no issue, he married a former servant in his household, also of Jutish stock, who bore him seven children.
Of these only two survived him, the oldest son — later bishop — Peder Christian, and the youngest son, Soren Abye. Nowhere does Kierkegaard speak of his mother, a woman of simple mind and cheerful disposition; but he speaks all the more often of his father, for whom he ever expressed the greatest love and admiration and who, no doubt, de- voted himself largely to the education of his sons, particularly to that of his latest born. Him he was to mould in his own image. A pietistic, gloomy spirit of religiosity pervaded the household in which the severe father was un- disputed master, and absolute obedience the watchword.

Introduction.-- Dispsalmata (from Either-Or, pt. I).-- The banquet (from Stages on life's road, pt. I).-- Fear and trembling.-- Preparation for the Christian life.-- The present moment