The next step in religion 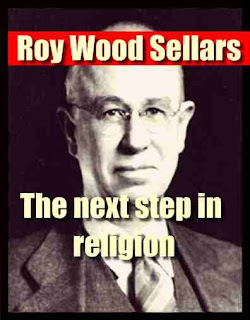 The purpose of this book is positive and constructive, although it may not at first appear such to the reader whose inherited beliefs are freely challenged. But let the reader ponder the fact that the deepest spiritual life has always concerned itself with the appreciation and maintenance of values. He who ac- knowledge, and wishes to further, human values can not be said to be irreligious or unspiritual. The centre of gravity of religion has been openly changing for some time now from supernaturalism to what may best be called humanistic naturalism.
The history of this change is traced in many of the chapters of the book. There have been many steps forward in the past, for every age must possess its own religion, a religion concordant with its knowledge and expressive of its problems and aims.
The sincerity and adequacy with which this necessary task is done measure the spiritual greatness of the particular age. I have called the book The Next Step in Religion because the time is ripe for one of the great steps forward.
The setting of religion must be adjusted to man's knowledge. Let it not be feared that man's spiritual life will be injured thereby. Rather will it be made saner, healthier and more creative?
The first phase of religion reflected man's helplessness and fear. He peopled his surroundings with conscious powers, sometimes adverse, sometimes friendly,  but always jealous. Man became their slave. As man became less of a savage, these gods of his fancy became nobler. But they still acted like magnets to draw his attention away from his own problems.
The coming phase of religion will reflect man's power over nature and his moral courage in the face of the facts and possibilities of life. It will be a religion of action and passion, a social religion, a religion of goals and prospects. It will be a free man's religion, a religion for an adult and aspiring democracy.
A book must in the main carry its own credentials. But there may be those who will wish to carry the quest further and deeper. To those interested in my share in this larger work I may mention my Critical Realism and The Next Step in Democracy.

I SUGGESTIONS 1
II THE AGE OF MYTH 13
III STORIES OF CREATION 30
IV MAGIC AND RITUAL 44
V THE ORIGINS OF CHRISTIANITY 58
VI THE PROPHET OF NAZARETH 72
VII THE EVOLUTION OF CHRISTIANITY ... 84
VIII THE CONFLICT BETWEEN SCIENCE AND THEOLOGY 98
IX THE LIMITS OF PERSONAL AGENCY . . . .110
X DO MIRACLES HAPPEN? 123
XI THE SOUL AND IMMORTALITY 138
XII THE PROBLEM OF EVIL 153
XIII RELIGION AND ETHICS 169
XIV THE CHURCH AS AN INSTITUTION THE CATHOLIC CHURCH 187
XV THE CHURCH AS AN INSTITUTION PROTESTANTISM 198
XVI THE HUMANIST'S RELIGION 211
the book details :