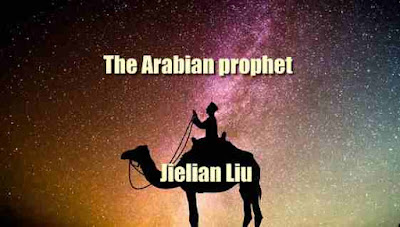 life of Mohammed from Chinese and Arabic sources

There are some heroes in history whose lives have been rescued from obscurity many centuries after their work was accomplished; who came to their own and received their meed of praise long after they had done their work.
The contrary is true of the Prophet of Arabia. His Koran, although never intended to be his autobiography, introduced the story of his life from Morocco to Central Asia in less than a century and is today the best-known book to one-seventh of the human race. There is also no dearth of biographies of Mohammed in the various languages of the Near East where his life, teaching, character and his career have left an indelible impression upon all literature.
It would be easier to remove fossils from marble than to eliminate the influence of Mohammed's life on the Arabic language and literature. The whole of Moslem Tradition — all its vast accumulation — finds its sole material in what Mohammed said or did or allowed.
The earliest biography of Mohammed which we know is that by Ibn Ishaq (a.h. 151). The original is not extant, but it is quoted and referred to by Ibn Hisliam (a.h. 218) in his famous life of the Prophet. An extensive commentary on Ibn Hisham's life was written by Abul- Kasim Abd ar-Rahman al-Suhaily (a.h. 581) (printed in Cairo in 1914). Katib Al-Waqidi (a.h. 207) and al-Tabari (a.h. 310) are also well-known sources.
The most extensive and critical study of the Life of Mohammed for Western readers is contained in the Annali dell Islam by Leone Caetani, the Italian orientalist in nine folio volumes. In the English language, we have Sir William Muir's " Life of Mohammed " in four volumes; the "Life and Teachings of Mohammed" by Sayid Amir Ali (1873); Koelle's "Mohammed and Mohammedanism" (1889); Margoliouth 's "Mohammed and the Rise of Islam" (1905). The Life and Religion of Mohammed as contained in Shiah traditions was translated from Persian by James L. Merrick (1850). In addition -to these English works there are a number of biographies of Mohammed in French, German, Italian, Dutch and Danish of considerable importance.'
The most popular life in Arabic is called Insan ul'Uyim, popularly known as Sirat- ul-Halabiya, in three volumes. This is the. the chief source of the shorter " lives " written by Moslems in the various vernaculars and is fairly well-known in China among the Ahongs. In view of this wealth of literature, the question may well be raised — why another life of Mohammed? The reason is contained in the sub-title of the book before us.
The translator gives all English readers their first opportunity to study the great Arabian prophet through Chinese spectacles. Most of the material here given is familiar to the student of Arabic literature, but it is of deep interest to see how the mass of traditions has been sifted, adjusted, and even deliberately falsified to fit in with Chinese ideas and ideals, an environment which has given the familiar story an entirely new aspect. Confucianism has modified Islam in China and the reader will note with surprise how far the Sage of Cathay has compelled the Chinese author by omissions and additions to whitewash the story of Mohammed's life. We cannot, therefore, expect this volume to be of great valu^ from the critical standpoint, for it really is, of necessity, a translation of a translation; but from a practical standpoint,, and to introduce the reader to the Mohammed of China who is the ideal of character for perhaps ten million Chinese,  this volume is of unique value. We congratulate the translator and express the hope that this book as well as his many other books for Chinese readers will awaken a new interest in Moslem evangelization.
The story of the life of Mohammed may be read in English from well-known and standard works, so it may be wondered why Chinese books should be laid under contribution, especially as these are themselves chiefly translations from the Arabic in the first instance.
There is, however, an interest in securing the Chinese viewpoint and occasional comment, which makes it worthwhile to translate some of the accounts of what is more generally known, as well as some portions which are omitted or lightly touched in the standard lives of Mohammed' to be found in English.
The story of Mohammed must have made a deep impression on the minds of his followers in China in order, not only to keep alive the Faith for over one thousand years at such a distance from the Cradle of Islam, and amid surroundings so alien to those in which the Faith arose, but also to cause the number of adherents to so increasing that today they are estimated at eight or ten million. Nestorianism disappeared like water into the sand, leaving no known adherents in the country; and the same is practically true of the Jewish communities of the past.
What, then, is the dynamic of this religion which steadfastly refuses to be absorbed by its surroundings, and persistently boasts its superiority, to all other systems?
While fully recognizing, and giving due credit to, other causes, I believe that the personality of the Prophet as understood and believed in by his followers, has been a powerful factor in maintaining the Moslem religion. A study, therefore, of the Founder of  Islam Ks he has been known for centuries in China, and especially as portrayed in the standard " Life " written by a Chinese Moslem, maybe not without interest to some readers.
the book details :