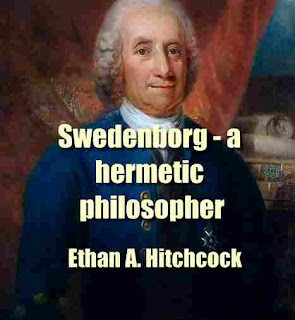 From Introduction:
The writer of the following pages desires to say that, in preparing the work, it has been no part of his design to express his individual opinions upon the topics discussed. His purpose has been to suggest the opinions of others, especially of a class of men scarcely recognized as existing in the world. The art they profess, called after the name of Hermes, Hermetic Philosophy, is so little known at the present day that the name of it by no means indicates it.
The adepts profess to be or to have been, in possession of a secret, which they call the gift of God. The art has been prosecuted under many names, among which are Alchemy, Astrology, and even Chiromancy, as well as Geomancy, Magic,
Omega the Alpha and the two are one. Hence the difficulty is something like that of finding the commencement of a circle. Another mode of suggesting the difficulty is by saying that the object is analogous to an attempt to discover the place of that force in nature called gravity or gravitation. In mechanical calculations this force or power is referred to as a certain centre, called the centre of gravity; yet everyone knows that the absolute centre is a mere point and physically nothing at all, yet there is no particle of matter free from the influence of this power, and every, the most infinitesimal particle, has its own centre.
So is it with what the Hermetic philosophers call their Mercury, which they say is everywhere seen in action, but nowhere in essence? I am aware of the fact that some speculative spiritualists of the present day have much to say of what they call imponderables, but I am not as yet convinced that any actual thing in the universe can be an imponderable, except possibly those invisible things called thoughts and affections; yet even these, in some sense, seem to be the most powerful and ponderable of influences, moving the entire be- ing of man in spite of prejudices and of ignorance the most absolute and immovable in themselves. I
t is to little or no purpose to give a mere name to a subtle influence whose mode of action is unknown, and whose existence is only recognized through observation of disconnected effects, our knowledge of which is chaotic and remains chaotic because no principle of action is discovered, and yet, how many of us know what life is, except precisely in this way?
We see it everywhere, " the birds of the air fly with it, the fishes of the sea swim with it, we carry it about with us everywhere," yet we know not what it is. Let it be merely supposed now, that a recluse proposes to himself the problem. What is Life? — but, as this word is common and is imagined to carry some meaning with it, while yet the student enters upon the study confessing his ignorance, it is thought convenient to assume another name.
Let it then be called Mercury, from some remote analogy of this sort; that, if a small portion of this mineral is dashed upon a smooth extended surface, it will separate into an infinity of little globules, each one of which has the entire properties of the whole, and like many mirrors reflect so many universes, all similar to each other.
the book details : Download 6.2 MB