Nature, the Utility of religion, and Theism - Three essays on religion 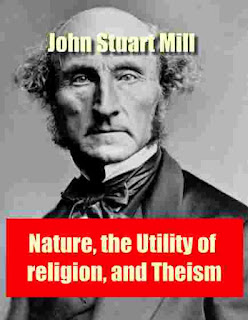 Excerpt:
The most important application of the Socratic Elenchus, as exhibited and improved by Plato, consists in dissecting large abstractions of this description; fixing down to a precise definition the meaning which as popularly used they merely shadow forth, and questioning and testing the common maxims and opinions in which they bear a part.
It is to be regretted that among the instructive specimens of this kind of investigation which Plato has left, and to which subsequent times have been so much indebted for whatever intellectual clearness they have attained, he has not enriched posterity with a dialogue.
If the idea denoted by the word had been subjected, to his searching analysis, and the popular common- places in which it figures had been submitted to the ordeal of his powerful dialectics, his successors probably would not have rushed, as they speedily did, into modes of thinking and reasoning of which the fallacioust6g use of that word formed the cornerstone; a kind of fallacy from which he was himself singularly free.
The Nature of the thing means all this; means its entire capacity of exhibiting phenomena. And since the phenomena which a thing exhibits, however much they vary in different circumstances, are always the same in the same circumstances, they admit of being described in general forms of words, which are called the laws of the thing's nature.
The proposition that air and food are necessary to animal life if it is as we have good reason to believe, true without exception, is also a law of nature, though the phenomenon of which it is the law is special, and not, like gravitation, universal.
Nature, then, in this its simplest acceptation, is a ' collective name for all facts, actual and possible: or (to speak more accurately) a name for the mode, partly known to us and partly unknown, in which all things take place.
For the word suggests, not so much the multitudinous detail of the phenomena, as the conception which might be formed of their manner of existence as a mental whole, by a mind possessing complete knowledge of them: to which conception it is the aim of science to raise itself, by successive steps of generalization from experience.
the book details : Download 5.3 MB