The childhood of man ( with Illustrations ) 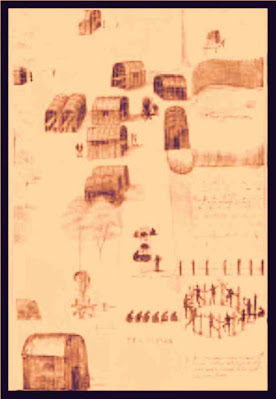 A popular account of the lives, customs and thoughts of the primitive races

From the translator preface:
In an Introduction printed only in the first edition of this popular work, the gifted author took the reader into his confidence and explained that, as the nephew of Dr Bodinus, he passed his early days in the Berlin Zoological Gardens.
Here he came into constant contact with Eskimo, Laplanders, Indians, Bedouins, and Blacks, and thus gained the sympathy and even the love of these primitive peoples.
The knowledge in this way acquired of their feelings, temperament and views of the world soon satisfied him that the pictures of savage life painted for young and old in such current literature as Cooper's novels and the like are untrue to nature, and, in fact, for the most part, "frauds."
Convinced by his youthful experience that the "one touch of nature" was the key to the interpretation of all human activities, of all the outward manifestations of the mental qualities of the rudest no less than the most cultured races, he forthwith resolved to approach the study of mankind and his manifold faculties from this new standpoint, and devote all his spare hours to this, for him, all-absorbing subject. But, after much groping in the dark, and many more or less successful essays, he found that no real progress could be made without first bringing together the necessary documents, that is to say, the "raw materials," the endless products especially of infantile crafts and industries, from the four quarters of the globe.
This was a labour of many years and was effected chiefly by establishing direct relations with officials, seafarers, traders, explorers, missionaries, and others engaged in various pursuits amongst rude and barbarous peoples all over the world. Through their friendly and sympathetic cooperation, and partly also by his own personal efforts, Dr Frobenius has contrived to transform his domicile into a sort of private museum of primitive and more advanced artistic and industrial objects, somewhat analogous to that of the late General Pitt-Rivers now in Oxford.
These are often accompanied by the donors' descriptive notes, greatly enhancing their value. In the present work, which is enriched by over four hundred illustrations drawn largely from the author's storehouse, he not only describes the nature and action of the various mechanical and other contrivances but also endeavours to trace them, as well as the traditions, legends and general folk-lore of the lower races, to their origins in remote prehistoric times.
Here ample scope is naturally afforded for much speculation, and some of the theories advanced may not be accepted by every anthropologist. But all alike may be welcomed as honest attempts to sound unfathomable, and in any case as highly suggestive and supplying much food for thought. Here it will suffice to refer to the sections on the origin of labour, Bushman folklore, the discovery of fire and the early history of warfare, with the accompanying commentaries. Evolution, in the Darwinian sense of this term, is at the root of all this speculative matter.
Attention may here be drawn to the reproductions of some excessively rare watercolours with which, thanks to the courtesy of the British Museum authorities, the publishers have been able to supplement the illustrations in this English edition.
They are over three hundred years old, being taken directly from the volume of admirable drawings in watercolours executed by John White one of the pioneer settlers in Virginia, to which he made five voyages, and of which he was, for a short time, made governor by Sir Walter Raleigh in 1587.
He probably made earlier journeys to the East of Europe, the Caucasus and Greenland, which explains the drawings of natives of those parts in the British Museum volume. Several of these were engraved in the first volume of Theodor de Bry's America (Frankfort-on-the-Main, 1590).
During a visit to London de Bry had made the acquaintance of Richard Hakluyt, by whom he was introduced to Governor John White. Thanks to their great accuracy, fully confirmed by contemporaneous and later research, these drawings are highly instructive as illustrating the habits, pursuits, dwellings and other features of Native American life in the sixteenth century.
The book details : Download 14.8 MB