Love - a treatise on the science of sex-attraction 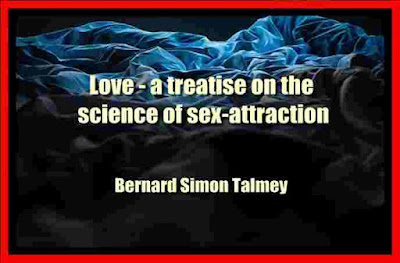 for the use of physicians and students of medical jurisprudence

From the introduction:
Not only among laymen but also among serious thinkers and writers on medical topics the opinion is generally prevalent, that there is a vast difference in the degree of intensity of the sex impulse in men and women.
Upon this supposition rests the justification of the double standard of the sexual morality of the two sexes. If the intensity of the amatory emotions is the same in both sexes, then there is no justification for a double standard of sexual morality.
Now, emotion is, in its nature, subjective. Its intensity can never be objectively determined. Men and women may dispute the question of the different degree of intensity of the amatory emotions till the end of time, still, they will never reach a definite conclusion.
The only way to determine the nature of an emotion is to study its pathology. If it can be shown that the same pathological entitles of the sex instinct are found in men and women, the inference is justified that the normal emotions are also the same or similar in both sexes. To prove the similarity or identity of the intensity of the sex-impulse in both sexes, the author published in the winter of 1906-1907 his book "Woman, A Treatise on the Normal and Pathological Emotions of Feminine Love."
Since the publication of "Woman," he received numerous letters with requests to write a similar treatise on the amatory emotions of men. In 1910 the author published "Genesis, A Manual for the Instruction of Children in Matters Sexual." He thought that the Description of the evolution of sex in plants and animals in "Genesis" might supply the demand.
Still, the requests continued to arrive. He then published, in 1912, "Neurasthenia Sexualis, A Treatise on Sexual Impotence in Men and Women." In this treatise, the anatomy and physiology of the male organs of generation were thoroughly discussed. Still, it did not fill the demand. The chapter on pathology dealt only with impotence. When the author finally decided to write the counterpart of "Woman," it occurred to him that if the amatory emotions are the same in men and women, they ought to be treated together in one volume.
Hence the present work "Love, A Treatise on the Science of Sex-Attraction." naturally the present volume recapitulates all that the author has previously written in his three books, "Woman," "Genesis," and "Neurasthenia Sexnalis."
The three previous works are mere chapters of the present treatise. Still, every author grows with his work. After years of study of the subject of sex, he was able to expand the sphere of his previous lessons, so that even those readers who have read his three previous books will still find some new points in this work. If the readers should agree with this opinion, the author will consider himself well paid for his labours.