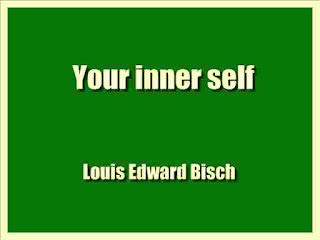 Many books have been written and will continue to be written about the intricacies and mysteries of the mind. The very multiplicity and diversity of mental processes and the dominant role they play in determining happiness or misery, success or failure, indicate the interest everyone should feel in them.
Out of the wealth of data, sometimes conflicting, which has been laboriously gathered by scientific investigators, sufficient information has been correlated to make at least certain mental reactions understandable.
Theories based upon this attested knowledge are found to be of practical use in everyday life. Nobody can afford to treat carelessly or in a scoffing spirit the trend of scientific thought on so vital a subject. The brain is the controlling sensitizer — the switchboard — of the entire organism, organic and functional. An insight into its workings cannot fail to be invaluable to any individual.
The scientist is no longer satisfied with the older "effect psychology" which confined itself to observing the results merely of brain activity, but he looks deeper and searches for causes and reasons. If he can discover why a person be- haves in such and such a way under certain circumstances rather than in some other manner, he will in time be able to regulate the cause, i. e., the mental process, and wisely to direct the effect, i. e., the behaviour itself.
We are beginning to realize that men and women, despite hereditary influences, are not the victims of fatalistic predetermination.
They can in large measure become captains of their souls — if they only have the know-how. Knowledge of the inner self is essential to self-mastery. No human being can hope to guide his own craft toward efficiency and happiness unless he is honest and plucky enough to acknowledge his weaknesses, and has the courage and persistence to probe his inmost thoughts and face what he finds there.
A dreaded disease is betrayed to a doctor's eye by unmistakable symptoms. For the patient to deny the presence of the disease and refuse the regimen necessary to its cure can result only in a life of invalidism, shortened and suffering. Nor can a refusal to admit a basic fault of character, signs of which jump to the eye of a trained observer, have other results than a life-long handicap, carrying imminent risk of disaster. Sigmund Freud, with his psychoanalytic doctrines, has undoubtedly gone further in his fear-less search for underlying, motivating, and causative factors in human characterology than any of his predecessors.
Whether we accept the conclusions of the psychoanalytic school in their entirety or not, any unprejudiced student of normal and abnormal psychology mustadmit that a new avenue of approach has been blazed, and that many mental reactions, hitherto un-explainable, have received a possible and often probable interpretation.
the book details : Download 3.3 MB