English philosophers and schools of philosophy 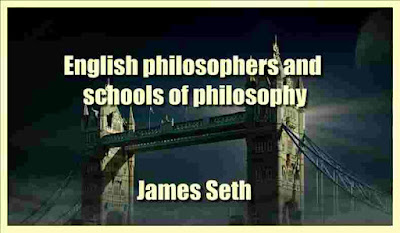 The aim of this volume is to trace the chief stages in the development of English philosophy, through a study of its leading representatives in their relation to one another and to the general movement of English philosophical thought. Such an exhaustive account of the subject as will be found, so far as the seventeenth century is concerned, in Professor Sorley's admirable chapters in The Cambridge History of English Literature, lies entirely beyond the scope of the present work.
The same may be said of such treatment as Green's in his well-known Introduction to Hume's Treatise, or Professor Forsyth's in his recent careful and suggestive study of the ' method and general development ' of English Philosophy.
My effort has been to concentrate attention on the epoch-making philosophers rather than on the less important figures in the movement, and on the actual thought of the individual philosophers rather than on the logical sequence of English philosophy as a chapter in the development of ideas. Moreover, in accordance with the plan of the Series, as well as in accordance with the facts of the case, English philosophy has been regarded as a form of English literature
At the same time, the term ' philosophy ' has been interpreted in a strict sense, which excludes such writers as Carlyle or Matthew Arnold from the study here under-taken.

English Philosophy as Literature. Its General Characteristics :
i. Experiential ;
2. epistemological ;
3. PRACTICAL. Its
Beginnings in the Thirteenth and
Fourteenth Centuries — Roger Bacon; William of Ockham
PART I
THE SEVENTEENTH CENTURY
I. Bacon: Philosophy and Scientific Method 20
II. Hobbes: Materialism and Political Philosophy ... ... 56
III. The Idealistic Reaction: Cambridge
Platonism and Rationalism . . .79
IV. Locke: the Problem of Knowledge, 92
V. The Revival of Rationalism: Price and Reid
PART II
THE EIGHTEENTH-CENTURY
I. Berkeley: the New Idealism . . .123
II. Hume: Empiricism and Scepticism . . 149
III. The Moralists: i. The Moral Sense
School — Shaftesbury, Hutcheson, and Butler ;
2. Association and Sympathy as Explanations of the Moral Sense —
Hartley and Adam Smith ;
3. The Early Utilitarians— Tucker and Paley 188
the book details :
Download 8.5 MB - PDF ebook