Phases of opinion and experience during a long life: an autobiography 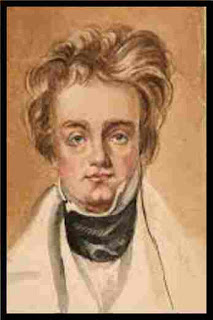 Excerpt:
It is not my intention to give a detailed account of my life, — in which the incidents have been of a very ordinary character and little calculated to interest the general reader, — except so far as this is necessary to explain the course of thought and opinions of one who now for fifty years has been zealously endeavouring to discern the truth, regardless of any consequences to himself; and who has been so fortunately placed with respect to its pursuit, that no special educational bias, or necessity for holding or teaching one opinion more than another, has influenced him.
The opinion thus honestly formed may interest and be serviceable to those to whom the writer as aii individual is nothing, and the hope of this seems to transform itself into a duty to leave behind me some published account of my' inner and outward life; and of the causes, why that. "life has been happy beyond the average, although not successful in the -worldly sense of the term. I was bom January .31st, 1811, at Coventry. My father was a ribbon manufacturer in one of the leading firms in that old city. He was well-to-do and made.a considerable fortune.
He had eight children and left "them all tolerably provided for. When I was about £ve years old I had measles, followed by whooping- -cough, which left my lungs in such a weak state that I could not for years afterwards live in the town. Consequently, I was boarded at various farm-houses in the neighbourhood, where I ran wild without any kind of regular instruction whatever, except such as I picked up among the ploughmen and farmers' boys, "which was by no means of a civilising or comprehensive Mind.
I can remember the scorn and air of superior wisdom with which I corrected another little boy who .spoke of the ships at sea. " Ships at sea! " I exclaimed, " Why a ship's on the common, an ettin the grass," for such is the local pronunciation of sheep.
Our nurse's father and mother lived at a small farm about five miles from Coventry, and there I passed the p-eater part of my time, petted, indulged and spoilt in every possible way. Of my mother, I have no recollection, as I spent so little of my early days with her, and she died when I. was nine years old. At this age I was sent to a boarding school in the country for the next five years. Here I learned nothing but bare leading, writing, and arithmetic, which was about all that the school could teach. Nevertheless, after the £rst three years.
the book details : Download 6.5 MB