The philosophy of the active and moral powers of man 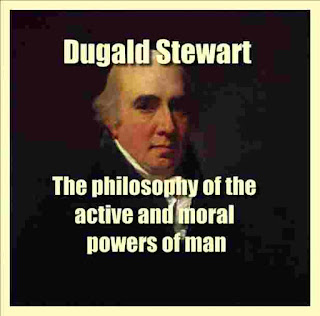 From Introduction:
Sir James Mackintosh has said of Mr Stewart
" Perhaps few men ever lived, who poured into the breasts of youth a more fervid, and yet reasonable, love of liberty, of truth, and of virtue. How many are still alive, in different countries, and in every rank to which education reaches, who, if they accurately examined their own minds and lives, would ascribe much of whatever goodness and happiness they possess to the early impressions of his gentle and persuasive eloquence! "
The Philosophy of the Active and Moral Powers of Man was the last of his publications; it came from the press in the spring of 1828, a few weeks before the author's death.
An unfriendly and severe critic in the Penny Cyclopaedia admits, in respect to this treatise, that it is " by far the least exceptionable of his works. It is more systematic, and contains more new truths, than any of his metaphysical writings; and his long acquaintance with the world and with letters enabled him to suggest many obvious but overlooked analyses."
Only two editions of it have appeared in this country, — one separately in 1828, the other in a collection. of his works in the following year; the former has long been out of print. The author begins his Preface by apologizing for " the large and perhaps disproportionate space " allotted by him to the evidence and doctrines of natural religion.
This part, making nearly one-third of the whole, has been omitted in the present edition, as being out of place here, however excellent in itself. Other retrenchments have also been made in respect to unimportant details, in order to find a room, without transgressing the prescribed limits, for some additional notes and illustrations.
The latter, which are indicated by brackets, or otherwise, as they occur, consists almost exclusively of extracts from living or late writers, or references to them, and are inserted with a view to marking whatever progress has been made or attempted in ethical speculation since Mr Stewart's day. Some changes have been made in the distribution and numbering of chapters and sections, and sub-sections have been introduced for the first time.
The use of the latter in giving a more distinct impression of the successive steps in the argument or exposition, no practised teacher will fail to appreciate. The Latin and Greek citations in the text are translated in the present edition, where this had not been done by the author. The translations are taken, for the most part, from common sources, without particular acknowledgement, the only object being to fit the work for more general and convenient use as a textbook.
Some contents of the book:
BOOK I.
OF OUK INSTINCTIVE PRINCIPLES OP ACTION.
CHAPTER I.
OF OUR APPETITES, .... 11
CHAPTER n.
OF OUK DESIRES, 16
Sect. I. The Desire of Knowledge 16
II. The Desire of Society, 20
III. The Desire of Esteem 28
IV. The Desire of Power, 44
V. Emulation, or the Desire of Superiority, ... 49
CHAPTER III.
OF OUR AFFECTIONS.
Sect. I. General Observations, 56
11. Of the Affections of Kindred, 61
III. Of Friendship, 66
IV. Of Patriotism, 70
V. Of Pity to the Distressed, 80
the book details : Download 14.3 MB