Within the temple of Isis 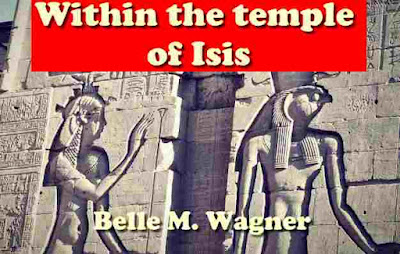 From introduction:
In presenting this little volume to our readers we ask them to accept it, not as fiction, but as divine truth as to the laws herein revealed. Not a statement is made that is not possible to the divine will of man. Although it can not be proven to your out- ward knowledge, do not reject and declare it is not true.
History will teach you there actually existed a "Temple of Isis," and the translations thereof, although many of them are very incorrect, of the wonderful magic therein performed, lead one to think there was some Wisdom issued from that Tern- pie that is yet beyond the human family, as a whole, to understand.
"The Temple of Isis" exists no more in the external form, and the Hierophants of that Temple has passed from this to the spiritual planes above. But, need we think by that, the blind forces of Nature can no more be controlled? The forces are just the same today, but man's mind fails to grasp the truth that history repeats itself. Mighty Hierophants are upon the earth today, in embryo, and when the time comes that points favourably for active spiritual work on the Western Continent, they will be called forth and Egypt will not be ashamed of her true children nor their works.
The Wisdom-Religion of Egypt still exists and we can contact that Wisdom by the development of our souls. Even do the Wise Men of the East, that was, exert their spiritual influence upon us today if we but knew it. The trouble lies with us, not with them. They will never conceal it from the honest soul truly seeking Light, Life and Love. Follow us carefully to the end, without prejudice, and when you have finished, if you still think it fiction, strive to prove its falsity and stop not until you have reached that stage of soul unfoldment that will enable you to occupy that plane whereby you can stand beside the great Hierophants of "The Temple of Isis.
. Although the hour was very late, near midnight, the Priestess had just retired to her apartments for repose. The Rites of the day had been extremely long and fatiguing, as they always were for a Priestess of Isis attendant upon the burial service of one in high rank; and a great nobleman of the land, as well as a near relative of the Priestess herself, had been buried that day.
Thus personal sorrow had mingled with and added weight to the impressive and solemn grandeur of the occasion, yet, strangely enough, her mind was neither with the events of the day nor the dead, but her thoughts were resting now where they had wandered many times throughout the day, namely, to her little handmaid and special attendant, as well as Vestal in the Temple, Sarthia. Sarthia, who at the very beginning of the Chants and Litany, had failed in her part and had, with such a pitiable moan and beseeching glance at her, been hastily withdrawn from the assembly and assisted to the private courts. Poor child, she thought, the strain upon her emotions, the solemn occasion, was too great for her in view of the crisis, which all unknown to her, must be now impending.
However, upon learn- ing from an attendant that the young girl was resting quietly and apparently not ill, she had not personally visited her but concluded to wait until morning. Once, twice, thrice, just as the Priestess had, as it were, passed the border-land of sleep the pale face, with its pleading eyes and plaintive cry, had started her back to vivid consciousness. "Ah! this will never do," she said, springing to her feet. "Something is indeed wrong," and taking up her mantle she glided swiftly through the corridors, and a few moments later was bending over the silent and motionless form of Parthia.
Noiseless as had been the approach of the Priestess some interior vibration had informed Sarthia of her coming and, with a quivering and swift movement, she sprang from her couch and threw herself impulsively into the arms of the Priestess. "Ah! sweet Mother, well-beloved of our blessed and divine Isis, hear me and help me," said the girl, in a whisper, tense and low, so low as only to reach the listening ear of the Priestess. " Speak child," answered the Priestess, caressingly clasping Sarthia to her bosom with one strong arm, and with the other making soft, mesmeric passes over her trembling body. "Ah! thank you, sweet Mother; this is so good and kind of you to come to me tonight. I have suffered so all day from your thought; you have been disappointed in your Sarthia and with reason, too.
A Vestal, who all but faints at the sight of death, is not made of the stuff re- The Revelation of the Astrologer. 19 choired in the Temple Service. But, be even, dear Priestess, the trouble is far deeper than appears upon the surface.
The Ritual this morning but furnished the occasion or, rather, hastened some crisis that was already near at hand. For some time now I am haunted by the most potent premonitions of violent death. Night after night, dark apparitions hang around my bed, and only last night I awoke to find the Bird of Nu, the Owl, from out the inner Sanctuary of the Temple, perched upon my pillow and shaking his head and croaking at me most mournfully."
the book details : Download 3.5   MB 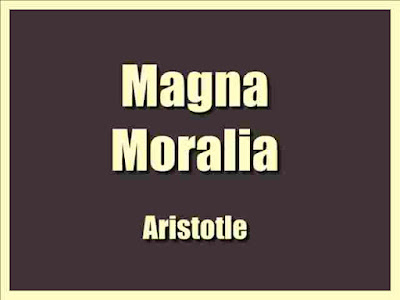