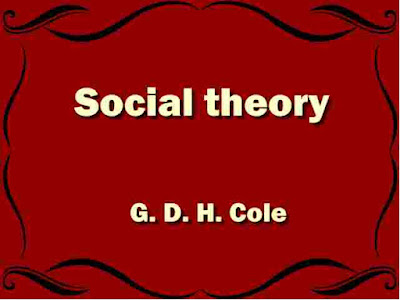 Men do not make communities — ^they are born and bred into them. Every individual at his birth is flung into a social environment, and his life's work from infancy is to make the best of that environment for himself and for his fellows.
As he grows to fuller consciousness, his environment gradually expands. He becomes aware of the family, contact with which furnishes his first social experience. At the same time, he becomes aware also of a larger world outside the family, a world of wisdom, of things seen from windows and on journeys from home, a world which slowly assumes definite shapes and takes on human characteristics of neighbourhood and similarity.
As he grows older, the fact of the organization of this world becomes apparent, and school, church, club and other social institutions claim him and assume a part in his life. By the time he reaches manhood, he has drunk in and accepted the fact of the world, his environment, as a complex of individuals and associations, of customs and institutions, of rights and duties, of pleasures, pains, desires, hopes and fears, strivings and attempts to understand all centring around this complex and all raising the more or less insistent question of his place in it, and his relation to it.
Of course, this process is widely different in the case of different individuals, types and classes. Hitherto, men have usually been brought far sooner and more completely into contact with an organized social environment than women, whose experience has not been allowed to expand with the same freedom.
Again, the opportunities of the rich and of the educated classes for contact with the world without have been far fuller than those of the workers or of the lower middle class. The workers, however, through their Trade Unions, clubs and other societies have shared with the upper classes what is largely denied to the lower middle class — the opportunity for free association with a communal object, and the consequent appreciation of the social structure of the world around them.
The Trade Union is the working-class equivalent for the upper-class public school and university, which are the scenes not so much of education, as of the social training of a ruling caste. The generality of men and women take their experience of the social scene around them unphilosophically.
They do not reflect upon it; they merely accept it. But that does not make it any the less a real experience, or any the less a part of their mental equipment. They are born into a complex society, and by a natural process that complex society becomes a part of their lives
The task which I propose to attempt in this book is that of setting down, as clearly as I can, the social context of this Weltanschauung of the ordinary man, not, of course, limiting myself to what he sees, but endeavouring to put together the social contents of various experiences and to make of them, as far as they form one, a coherent and consistent whole.
What is the content of our social experience — ^what is the relation between the various fragmentary experiences and contacts of and with individuals, associations and institutions which we come upon in our day-to-day life in Society? What, in short, is the structure of the half-organized and half-conscious community of which we form a part?
Contents:
I. The Forms of Social Theory ... i
II. Some Names and Their Meaning . . 25
III. The Principle of Function ... 47
IV. The Forms and Motives of Association 63
V. The State 81
VI. Democracy and Representation . . 103
VII. Government and Legislation . . . 117
VIII. Coercion and Co-ordination . . . 128
IX. The Economic Structure of Society. 144
X. Regionalism and Local Government. 158
XL Churches 172
XII. Liberty 180
XIII. The Atrophy of Institutions . . . 193
XIV. Conclusion ........ 201
Index 215
the book details : Download 4.2 MB