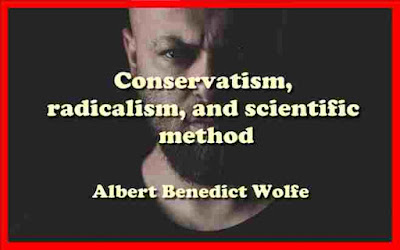 an essay on social attitudes

Fifteen years ago I initiated a college course in what I conceived to be the broader and basic, but concrete and specific, social problems. My students were Juniors and Seniors, supposedly in possession of a modicum of that liberal culture which the first-class American college prides itself on bestowing. Nevertheless, it was quickly evident that something was wrong. The students were not ready for a profitable discussion of problems involving conflict of human interest and sentiments.
They lacked the essential open-mindedness and objectivity. They were, in spite of what the undergraduate curriculum had been doing for them, perhaps in part because of it, markedly characterized by the preconceptions, the prejudices, and the uncritical sentiments of the social stratum from which in most part college students come — that somewhat indefinite but exceedingly important part of the population known as the middle class.
They had little or no conception of the scientific method or of an objective approach to social problems. Their tendency was toward dogmatic assertion and judgment on the basis of the socially inherited sentiments of their class. Their criteria of criticism and valuation were their own likes and dislikes.
In short, they were, as was to be expected, deeply marked by what is referred to in this book as popular-mindedness. In some slight measure to modify this psychological situation, I thereafter began the course with a few lectures on scientific method and attitude, democracy and class point of view, individualism and social cooperation, and conservatism, liberalism, and radicalism.
The modification of attitude apparently resultant upon these cursory lectures was so marked that as time went on it seemed profitable to expand the preliminary discussion of social viewpoints and attitudes, until finally, it covered a full term.
What had at first been undertaken to meet an immediate pedagogical situation came to enlist closer attention on my own part, and I became interested in the psychology and the causation and effects of the sentiments which long observation had taught me were of major significance in the determination of attitudes and thence of judgments and action.
The present book is the result. The book is thus, in a sense, the product of a by-current of interest followed up in the intervals available from other lines of thought and work. But it is a by-current, which, I believe, leads into a highly important phase of social psychology and practical ethics. An economist may be criticized for invading the fields of social psychology and social ethics, and especially for presuming to discuss attitudes, a subject now beginning to enlist the lively interest of sociologists.
I shall offer no excuses, however. There is a real need, both for college students and for the gen- eral reader, for a book which attempts an objective analysis, not too technical and not, perhaps, hopelessly superficial, of the central social viewpoints and attitudes now crucially significant in the perpetuation of sentimental conflict, of subjective approach, and of interest -bias in the formation of ' ' public opinion" on fundamental social issues.