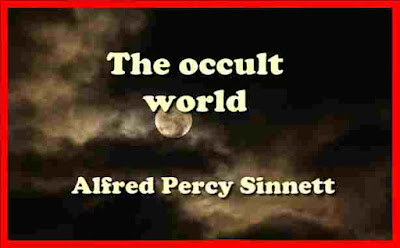 If I had time to write this book again, a year has now elapsed since its publication, I should have to enlarge it enormously. I have learned so much in the interim, that I am almost pleased to think I knew so (relatively) little when I wrote it.
If I had approached the task then, from .my present standpoint, I might have given up the idea of performing it at all in the few brief months of leisure which a holiday trip to England enabled me to bestow on it. But the book was easily undertaken while there was only a little to say, and the short story of external facts which claimed to tell a year ago was soon told.
A second edition is now required, and some further explanations must be prepared before I can let this go forth. But these must, I regret to say, for the present be kept within the narrowest limits. I have long since returned to the current duties of a very onerous appointment; and I cannot at present attempt to write, what I nevertheless hope to be able to write at some future time, a book which shall not merely call the attention of the world at large to the existence of the wonderful fraternity of occultists here spoken of as "The Brothers," but shall present in a shape acceptable to western readers, the outlines of the knowledge they possess, concerning the origin, constitution, and destinies of Man.
The correspondence which forms the kernel of the present volume has largely expanded, during the last twelve months; but to attempt the incorporation of fresh letters with the present collection would be to set an altogether new under- taking on foot.
I must be content to add one final chapter, the motive of which will lie plainly on the surface, and to give my readers the assurance that, even though I might, if other engagements permitted, add largely to the present record, at almost every step, still, as it stands, it contains nothing which requires alteration, nothing which is misleading or inaccurately described in any particular. But some remarks made by my reviewers claim attention.
I have been much more amused than annoyed at the sarcasm directed against my " credulity" in connection with my plain narrative of fact, and at the bitter disgust exhibited by various organs of orthodoxy at the idea that there may really be something in Heaven and earth not dreamed of in their philosophy — something sufficiently real to be not merely talked about in poetry, but observed at given times and places, and described in straightforward prose. "
Evidently sincere," says one reviewer, " and so candid that hostility to the writer is disarmed by pity." But besides deploring my own intellectual inferiority, which it is quite within the discretion of my critics to estimate as they please, they have in many cases endeavoured to weaken the value of my evidence by suggesting that I have been imposed upon by Madame Blavatsky.
Now, first of all, some of the experiences I have had since this book was first published have been lifted clean out of reach of Madame Blavatsky; but to these, I will refer more fully in my concluding chapter. Secondly, as Madame Blavatsky's friends in this country grew annoyed last autumn at the reiteration of insulting suspicions about her trustworthiness and motives of action, they took steps to establish her real identity and station in life, in a manner which should once for all convict of imbecility any person who should again suggest that she might be an adventuress pursuing purposes of gain.