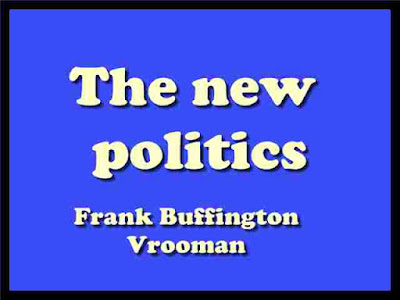 The reader will observe that this volume is neither a treatise nor a collection of essays. As a result of the leisure hours of many busy days, the author has decided to let it go forth with all its repetition of phrase and idea, which, while doing violence to his literary tastes, he hopes has not been overdone in his effort to emphasize a few fundamental principles. The author desires to acknowledge his obligations to his brothers, Rev. Hiram Vrooman (Author of "Religion Rationalized") and Mr Carl S. Vrooman (Author of "American Railway Problems," Oxford University Press, etc.), for their helpful criticisms; as well as to Professor Charles A. Beard (Columbia University).
Perhaps here it will not be out of place, in behalf of his brother, the late Walter Vrooman, Founder of Rus- kin College, Oxford, for the author to extend to Professor Beard for his assistance in that great movement those public acknowledgements of appreciation which his tragic and untimely death has made forever impossible. For of all the men Walter Vrooman gathered around himself at Oxford a dozen years ago, the writer personally knows, there was no one to whose zeal and abilities he attributed so much as to those of Professor Beard.
Young men and women of Great Britain and the United States, this century belongs to you. It will be what you make it. There is something fundamentally wrong with the civilization to which we were born. If you do not make it right it never will be righted, for something is being crystallized in the social melting pot and soon will be precipitated once for all — at least so far as this new world epoch is concerned upon which we are now entering. Your opportunity today is like the White Steed with hoofs of lightning in the Arab's fable.
It will pass your way but once. If my observations have been to the point, they assure me that those of you, mostly, who have your ideals left — whom the "New Paganism" has passed over and left unscathed — are in little sympathy with that era of revolution and disintegration which is now coming to a close — the era of individualism — and which must come to a close if the British Empire and the American Republic are to endure — if the world-supremacy of the Anglo- Saxon is to be maintained.
The question of national survival is offensive to the egotisms of our race. Commercial journalism and vaudeville literature and candidates for office avoid it. But the survival of our nations on any terms recognizable to posterity as the states our fathers founded and died to found them so depends upon the democracy of nationalism superseding the democracy of individualism, and whether your patriotism prompts you to give as much as your fathers gave.
Are we not by this time sure — those of us who have dreamed that this world might be made a better place to live in — that the selfish instinct and brute force of the prehistoric man-beast on which our Politics and Economics are frankly founded, and in which are imbedded all democracies of individualism, are fundamentally and irretrievably wrong? Are we not to be more than witnesses of the passing of the civilization of the Ishmaelite and its sullen gospel of anarchy and rapine and strife? There is something the matter with the man who is satisfied with the world as it is and has been; who can- not see that too much of the whole life struggle of the human race has been given to the bare maintenance of physical existence; a game for the vast majority hardly "worth the candle."
Christian civilization cannot be said to have penetrated, to say nothing of having permeated, a system which requires of the vast majority of the human race that virtually all the conscious hours of life be given up for insufficient food and clothes and place to sleep. If labour is the sole reward of a life of unremitting toil; if over and above all this hangs the two-edged sword of Damocles in the certainty of no better and the uncertainty of as good; if phantoms of weakness, pauperism, disease, and death lie in ambush in the road ahead for myriads of your brothers and sisters and mine, a young man and young woman, and if you are still satisfied with the world as you find it, that which is distinctly ii human — certainly every vestige of the divine — has been left out of your nature, and you would better close this book here, for you will never be able to understand it.

Preface 7
Letter of Introduction '. g
Foreword 13
Book I. The Philosophy of Ishmael
I. Political Chaos 17
II. Ethics and Individualism 27
III. The Separation of Ethics from Economics 44
IV. The Separation of Ethics from Politics 54
V. The Rise of the Democracy of Individualism 65
VI. Spirit of Jacobinism 85
Book II. The Philosophy of the Common Good
I. Politics and Ethics 10 1
II. The Greek Contribution to Politics 116
III. Paternalism 137
IV. Socialism 143
V. The Individual and Political Environment 154
VI. Foundations of Nationalism 173
Book III. The Democracy of Nationalism
I. The Old Issue 191
II. Nationality and the Public Domain 202
III. Nationality and Internal Improvements 211
IV. Back to the People 226
V. A Word about Sovereignty 245
VI. The National Party 257
VII. To Sum It Up 271
Epilogue 283
the book details : Download  The new politics 9.7 MB