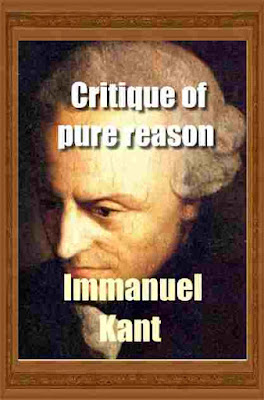 From the translator's preface:
The difficulties which meet the reader and the translator of this celebrated work arise from various causes. Kant was a man of clear, vigorous, and trenchant thought, and, after nearly twelve years' meditation, could not be in doubt as to his own system.
The main statement in his sentences is often overlaid with a multitude of qualifying and explanatory clauses; and the reader is lost in a maze, from which he has great difficulty in extricating himself. There are some passages that have no main verb; others, in which the author loses sight of the subject with which he set out, and concludes with a predicate regarding something else mentioned in the course of his argument.
All this can be easily accounted for. Kant, as he mentions in a letter to Lambert, took nearly twelve. years to excogitate his work, and only five months to write it He was a German professor, a student of solitary habits, and had never, except on one occasion, been out of Kcinigs- berg. He had, besides, to propound a new system of philosophy, and to enounce ideas that were entire to revolutionise European thought. On the other hand, there are many excellencies of style in this work.
His expression is often as precise and forcible as his thought; and, in some of his notes especially, he sums up, in two or three apt and powerful words, thoughts which, at other times, he employs pages to develop. His terminology, which has been so violently denounced, is really of great use in clearly determining his system, and in rendering its peculiarities easier of comprehension.
A previous translation of the Kritik exists, which, had it been satisfactory, would have dispensed with the present. But the translator had, evidently, no very extensive acquaintance with the German language, and still less with his subject.
A translator ought to be an interpreting intellect between the author and the reader; but, in the present case, the only interpreting medium has been the dictionary. Indeed, Kant's fate in this country has been a very hard one.
Misunderstood by the ablest philosophers of the time, illustrated, explained, or translated by the most incompetent, — it has been his lot to be either unappreciated, misapprehended, or entirely neglected. Dugald Stewart did not understand his system of philosophy — as he had no proper opportunity of making himself acquainted with it; Nitsch * and Willichf undertook to introduce him to the English philosophical public; Richardson and Hay wood "traduced" him.
More recently, an Analysis of the Kritik, by Mr Haywood, has been published, which consists almost entirely of a selection of sentences from his own translation: — a mode of analysis which has not served to make the subject more intelligible.
In short, it may be asserted that there is not a single English work upon Kant, which deserves to be read, or which can be read with any profit, excepting Semple's translation of the " Metaphysic of Ethics." All are written by men who either took no pains to understand Kant or were incapable of understanding him.
The following translation was begun on the basis of an MS. translation, by a scholar of some repute, placed in my hands by Mr Bohn, with a request that I should revise it, as he had perceived it to be incorrect. After having laboured through about eighty pages, I found, from the numerous errors and inaccuracies pervading it, that hardly one-fifth of the original MS. remained. I, therefore, laid it entirely aside and commenced de novo.
These eighty pages I did not cancel, because the careful examination which they had undergone, made them, as I believed, not an unworthy representation of the author.
the book details :