Kant and his philosophical revolution 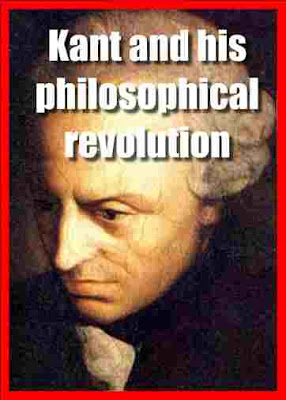 From the introduction
:
Kant remains ' caviare to the general.' It is hard to reproduce the subtleties of his thought so that the average man may sense their ways, harder still to create a vital appreciation of the importance and Scope of his speculations. Probably, a profound ' revolution ' was never loosed upon the world in such forbidding mien.
For, as Kant says himself, "while the greatest care was bestowed upon the matter, little care was expended on the style, or in rendering it easy for the general reader." Further, my task has been made at once more and less difficult by the admirable commentaries upon the Kantian philosophy and its results accessible to English readers now.
More difficult, because many matters have been explained with skill and insight that I cannot pretend to rival. Less difficult, because the path has been blazed so clearly.
Partly for these reasons, and partly in the spirit of this Series, it has seemed best to consider at length the 'epochal' relations of the philosopher's problems and conclusions; to exhibit somewhat fully the personal, human interest of his career; and to follow closely his slow mental development, which mirrors the age so well. Yet, even thus, the immense difficulty of the simple statement does not disappear; although Kant left no system in the strict acceptance, his technicalities possess rights that never lapse. I can but say that I have simplified to the best of my ability, and add, that Kant students alone are in a position to realise the obstacles to fluent exposition.
As far as may be, I have subordinated moot problems in Kant's philology,' and avoided ramifications that could not be followed up within a space limited by pre-arrangement. Scholars who have undertaken a small book on a great subject know full well the troubles that afflict the just at any time, and, with Kant for the theme, difficulties beset one from every quarter.
In particular, the proportions to be assigned to each part have raised sore puzzles, like the necessary omissions. I cannot hope that I have succeeded altogether in these respects. The book is designed to do the general reader a service i and, of course, his demands concern the larger sweep of Kant's thought rather than the minute details of the Critical Philosophy.
The writings of E. Caird, Stirling, Watson, Morris, Adamson, Wallace, Sidgwick, Paulsen, and Prichard should be in the hands of all English readers who desire to pursue the ramifications of the Critical Philosophy seriously.