A junior geography of the world 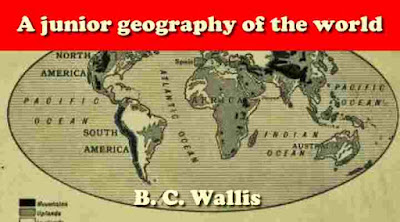 At the Junior Stage, children are concerned mainly with learning the shorthand of geography and the main facts with regard to the life of man upon the earth. For this reason, an attempt has been made in this book to provide a fairly large number of illustrations of geographical shorthand, and to present an account of the world based upon an estimate of the relative importance of the workers in one country in comparison with those who labour in other lands. It is suggested that attention should be paid to the practical work and to the exercises since at this stage in the study of geography the pupil should work very largely for himself. At the same time, the habit of self-reliance, which individual work engenders, will facilitate the quick grasp of generalisations, and the world outlook, for which material is supplied in my larger volume,
A Geography of the World. Hearty thanks are due to the publishers for their lavish supply of maps and pictures; to the Editors, Sir Richard Gregory and Mr A. T. Simmons, for their cordial sympathy and many suggestions; to Messrs. Emery Walker, Ltd., for great care in making the maps and diagrams, which appear to me to be of special excellence; and to Miss H. G. Whitton, for her suggestions and careful reading of the proofs.
Permission has been kindly granted by the Royal Geographical Society to make Fig. 22 from a map published in The Geographical Journal; by Messrs, John Bartholomew & Co. to make use of The Atlas of Meteorology in the construction of Fig. 140; and by Messrs. Gall & Inglis to reproduce Fig. 35 from their Contour Road Book of England. The Indian and United States Governments kindly supplied photographs and maps to illustrate plane-table surveying.
Acknowledgement of permission to use photographs is due to Mr A. Burt of New Zealand. For those teachers who so desire, I have carefully selected a set of stereographs for use in revising and emphasising the chief features of the world.
Applications should be addressed to Messrs. Underwood & Underwood, 104 High Holborn, London, W.C. Messrs. Underwood & Underwood have courteously allowed me to use the method of indicating on a map the limits of an area shown in a photograph in Fig. 37; this method is their patent. A set of seven exercise books which I have prepared dealing respectively with the geography of (i) the British Isles; (ii) Europe; (iii) the British Empire ; (iv) the Americas ; (v) Asia and Australasia ; (vi) Africa ; (vii) Physical Geography, provides further material for homework and class exercises. A set of Keys to these books is now published. An opportunity has been taken to make a few of the more vital corrections consequent upon the war, but these have necessarily been limited in number.